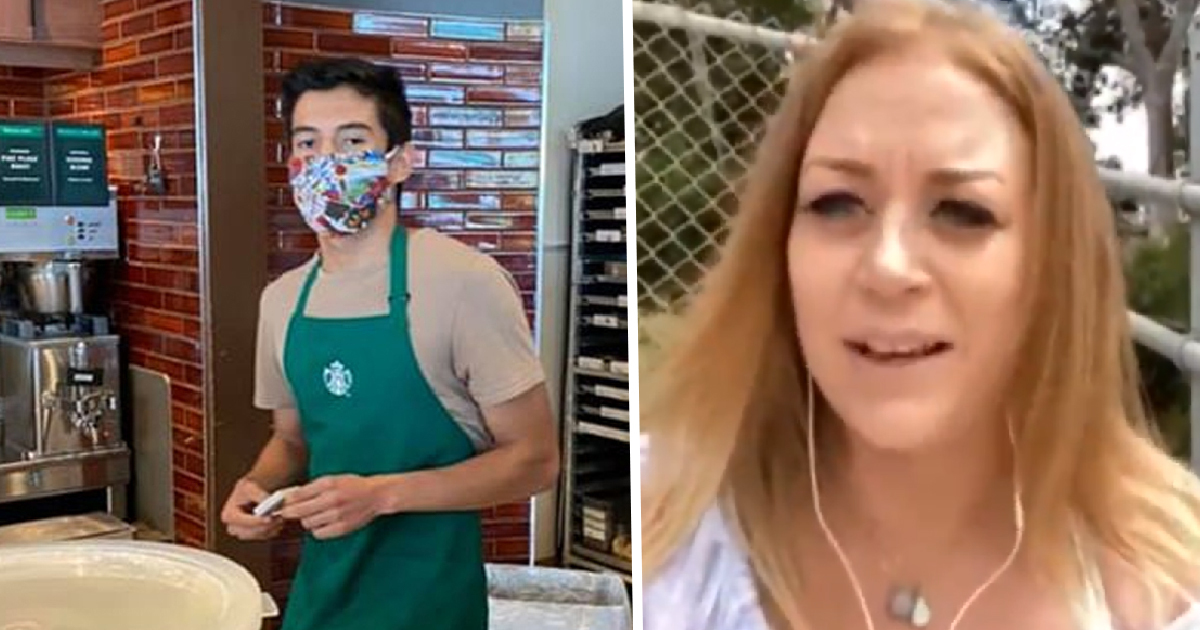 How does that work?

We’ve been writing a lot of stories about awful people annoyed at people for wearing masks in public – which doesn’t really make any sense when you think about it – and one of the worst was definitely this woman who shouted at a Starbucks barista because he refused to serve her when she wasn’t wearing a mask.

Amber Lynn Gilles’ reaction to barista Lenin Gutierrez’s refusal to serve her was to take his picture and post it on her Facebook page along with his name completely condemning him for his actions, hoping that the internet would feel the same way. Unfortunately she failed to read the room, for the internet decided to roast her about it instead. 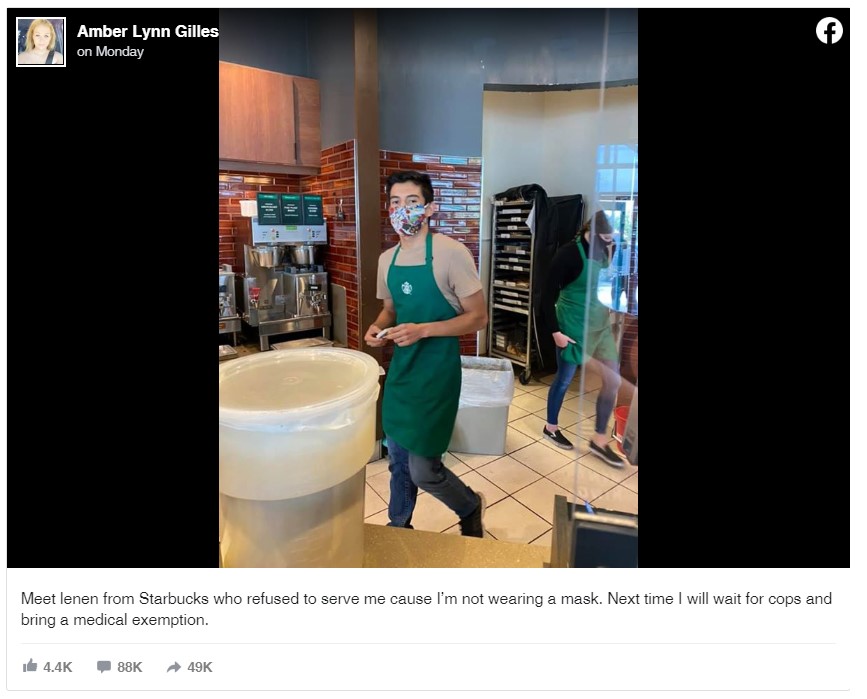 One guy even set up a GoFundMe to offer Gutierrez a tip for doing the right thing. It was originally set for $2500, but has now surpassed $100,000 somehow and Gutierrez says he’s going to use it to pursue his dream of becoming a dancer, as well as look into various charities so he can donate some of it. You might wanna call him out for taking some of the money himself instead of giving it all away to charity, but the dude is working in Starbucks so you should probably let him keep a bit of his good fortune, no.

You might think that the internet backlash might have made this woman see sense about her behaviour, but then you really wouldn’t be paying attention to how people actually act in America, would you? Instead,  she’s arguing that Gutierrez has got rich of her name is now demanding some of the money, as well as threatening to sue the GoFundMe for defamation of character. You would think that she couldn’t have it both ways but apparently not in her mind.

“I never threatened him.” Hear from woman who was denied service at a Clairemont Starbucks for refusing to wear a mask. She publically shamed the barista. A Go Fund Me Page on his behalf is now over $22,000. She says she’s getting death threats. #nbc7 & https://t.co/ylvk5rP6Vf pic.twitter.com/gCREw0LR5V

Geez, can’t she just admit that she was wrong and slink away softly into the night already? Like anyone in their right mind is going to award her any of that money.  Amber has already lost her job as a yoga teacher because of it, can’t she see that no good is going to come of pursuing it even further?

For more of the same, check out someone else yelling at a barista for doing their job. Feel sorry for the guys.