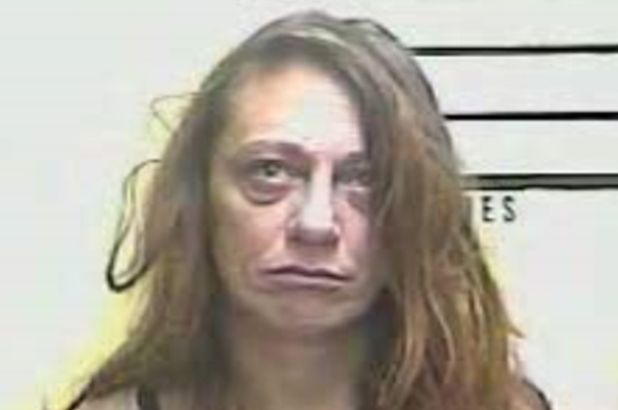 A Kentucky woman has landed herself right in it after giving her probation officer a sample of her dog’s urine during a drug screening, according to AP News.

Julie Miller, 40, was shocked to find urine testers could distinguish between human pee from dog pee (who knew?), and has now been charged with tampering with physical evidence alongside original charges of parole violation and trafficking in a controlled substance. Way to go Julie!

In the police press release below, it says she had meth and suboxone in her system. Um, ya think? She used actual dog piss in her drug test: 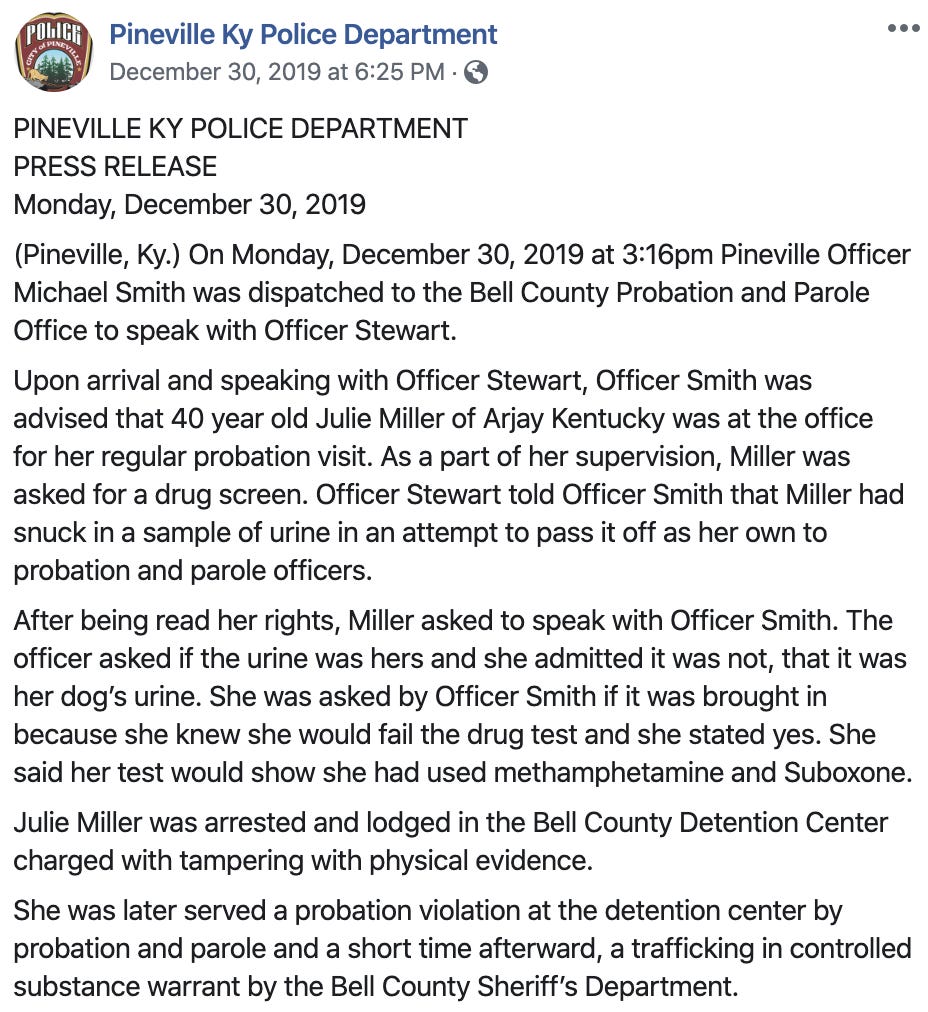 Sounds like she capitulated pretty easily when confronted about handing in a sample of her dog’s urine rather than her own. She could have at least carried on the pretense a little bit longer IMHO. All that effort put into collecting dog piss in a test tube/vial only to fold under pressure in like 2 seconds? How about a classic “Dog urine? I have no idea what you mean officer” or something like that. Works a treat every time.

Alternatively, how about using a fake dick next time? Has Julie never seen Entourage?

The funniest part is that she could have called a friend and used their urine instead but nope – she thought using her dog’s piss was the best way to throw police off the scent. Then again all her friends are probably on meth too to be fair.

For more meth head shenanigans, get a load of the addict who was just casually walking around Target punching small children in the face. Disturbing.