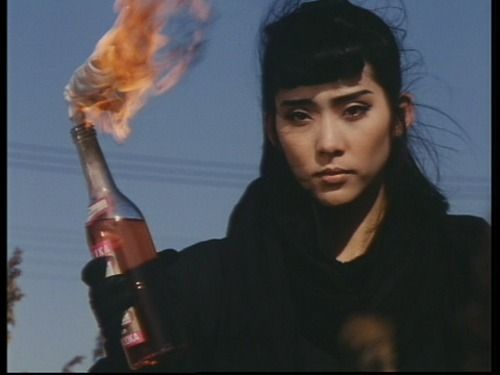 We always knew that the coronavirus lockdown was going to cause two things in life – a baby boom and relationship problems. Sure enough – the latter has come into fruition in this story out of New Jersey.

Amazingly, this couple were not even quarantining together, which was probably for the best all things considered. But that didn’t stop 24-year-old Karley A. Rossell from breaking the stay-at-home directive to show up at her boyfriend’s house and lob a molotov cocktail at his building.

As reported by Complex, Karley has now been charged with arson and weapons offences. Luckily, the molotov cocktail didn’t detonate. Here’s what it might’ve looked like if it did:

What’s pretty funny is that the girlfriend hasn’t been charged with violating the lockdown order. I guess popping round your boyfriend’s to lob a molotov cocktail at him falls under ‘visiting loved ones’? Delivering necessities maybe?

The most surprising part though was that this couple don’t even live together. I mean I could see why you’d snap after a week of being quarantined with your other half 24/7, but these two were social distancing from each other and still managed to have such a bad argument that Karley broke quarantine to try and set his building on fire. Not to be cynical or anything but I’ve got a feeling this relationship isn’t going to work out between them. Maybe they’ll prove me wrong though.

For the man arrested in South Wales for telling police his essential reason for leaving the house was to pick up some weed, click HERE.