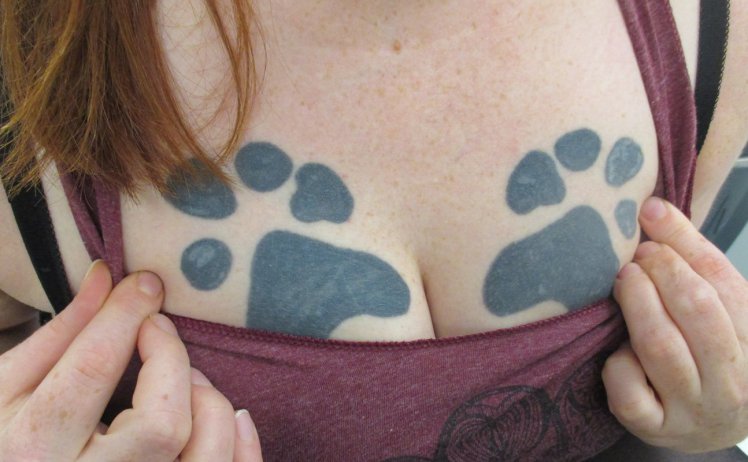 Back in 2007, 18-year-old Leicester girl Adele got paw prints tattooed on her tits in homage to her beloved family dog Max.

Newfoundland Max had just turned 8 which is the average life expectancy for his breed, and Adele wanted a permanent reminder of Max in preparation for the day he would be gone.

So she went ahead and spent just over £100 on two giant paw prints tattooed above her breasts – each 8 inches wide and 3 inches tall. Looks great right…? 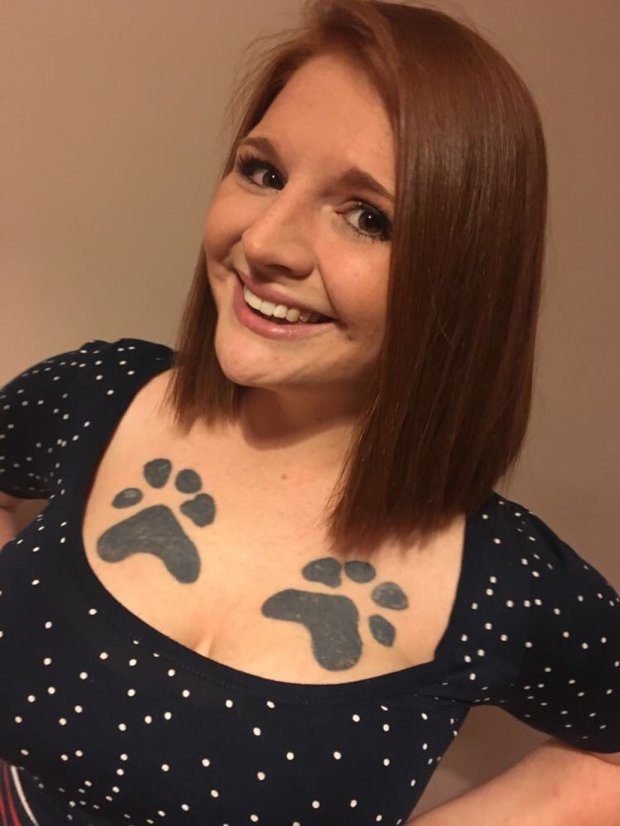 She was initially quite pleased with results:

I went to university in Portsmouth where everyone noticed my tattoos, which I loved.

I was in the buzz of freshers, always getting my boobs out and showing my tattoos off. I guess it became my “thing”.

A year on though, she started to think that maybe getting giant paw prints tattooed above your boobs isn’t such a great idea:

I started getting negative comments and being called names like ‘Paw Tits’. They were the first thing anyone noticed.

Everything became about my boobs and the tattoos, and not about me.

Even if they were slightly on show and someone noticed, I’d shudder and want the ground to swallow me up.

I hated my boobs and what I’d done to myself.

I started wearing high-neck tops, even in summer. I’d be sweating just so I could cover them up.

She says her love life has also suffered:

I’m sure that’s why I haven’t had many relationships lasting for more than a month in 10 years.

Blokes get the wrong idea about me. They think I’m easy which is not what I’m like at all.

Well, what do you expect to happen when you get two massive puppy paws tatted on your chest? Think people are going to ask you about your dog and offer you their condolences? Nope – they’re going to nickname you ‘Paw Tits’ every time.

The good news is that Adele is receiving laser treatment to get the paws removed, which looks to be an enjoyable experience so far: 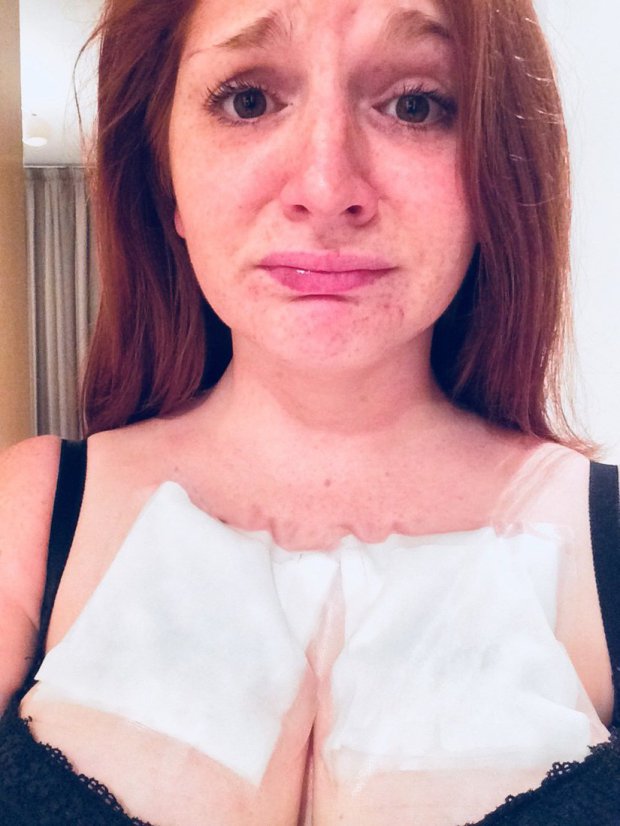 Let this be a lesson to any dog owner looking to memorialise their dead pet with a tattoo – don’t get it on your boobs. Or your face.