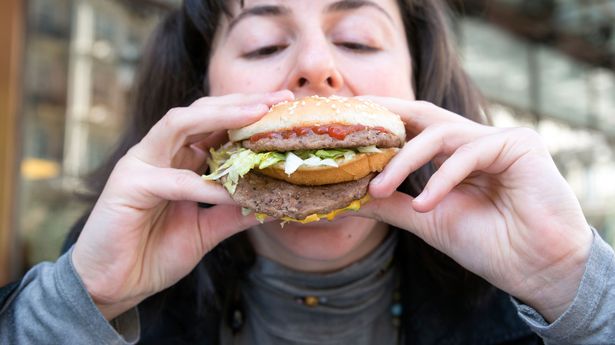 What a dumb idea.

There have been a lot of outrageous lawsuits over the years, but this one that’s been filed by a woman named Ksenia Ovchinnikova is definitely up there with some of the most ridiculous.

Orthodox Christian Ovchinnikova is claiming that McDonalds forced her to break her lent fast after she saw one of their billboards featuring a picture of a Big Mac and some McNuggets.Apparently she had managed to observe fasting for Lent for the past 16 years and seemingly hadn’t seen a billboard advertising McDonald’s during this period because as soon as she got one she immediately ran to her nearest outlet to chow down on a cheeseburger. Talk about effective advertising.

Whilst I’ll admit that McDonald’s almost always make their food like delicious in their adverts, most of us know by now that the reality is something else so I kinda find it hard to believe that one of their ads would succeed in convincing someone religious to break their fast, but it gets even more ridiculous when you hear how much Ovchinnikov is actually trying to take off of the fast food giant. Yeah, that’s right, in her infinite wisdom the woman has decided to sue McDonald’s for $14.

Here’s what she had to say about it all:

Ksenia Ovchinnikova claims she was lured into indulging in a juicy @McDonalds burger — and now she’s not lovin’ it. The Russian woman is allegedly suing the fast-food chain after claiming that seeing a mouthwatering cheeseburger commercial made her break her fast during Lent. https://t.co/qRL55JpzlX

When I saw an advertising banner — I could not help myself.

In the actions of McDonald’s, I see a violation of the consumer protection law.

I ask the court to investigate and, if a violation has taken place, to oblige McDonald’s LLC to compensate me for moral damage in the amount of one thousand rubles ($14).

Call me crazy, but I’m not really sure what $14 is going to help her in the grand scheme of things here as it seems like a minuscule amount in any situation, let alone one where you have to take a giant corporation to court and the effort that comes along with that. Maybe she’s trying to prove to her church elders that she was manipulated into breaking the fast, but if that was the case you would think that she might aim a bit higher and sue them for an amount that might actually make a difference if she’s going to put all that effort in?

Really weird state of affairs. The court case doesn’t have a preliminary date yet, but we’ll keep you informed.

For more of the same, remember when this guy from ‘The Apprentice’ got spotted eating a Big Mac with a knife and fork? What a weirdo.