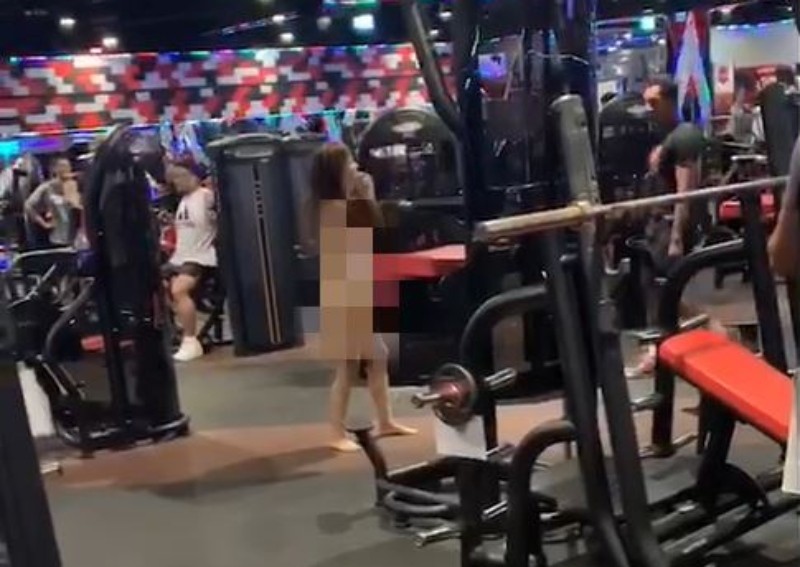 As far as requests go, I would argue that being asked to not take your cat into the gym is pretty reasonable, but apparently it’s enough to make someone go crazy and strip naked in protest over in Taiwan.

This was how a 56 year old woman named Mrs Chien decided to react when she was told that she wasn’t allowed to take her pet cat into the World Gym in Tamsui in Taiwan’s New Taipei City. She also told staff that she had a gun and a hand grenade and threatened to punch one of the trainers, before she went and started using the battle rope.

Thankfully someone was around to film her bizarre behaviour:

What the heck is all that about hey? After 30 whole minutes of this weirdness, the police showed up and forced to put her clothes back on before taking her to Mackay Memorial Hospital for a check up. It was there that she was charged with both causing bodily harm and sex offences.

Sounds like they might have needed to take her to get psychiatric help rather than slapping her with some criminal charges, but I guess they do things differently over in Taiwan. Not sure if it’s necessarily the right way though, but I guess we’ll see what happens with Mrs Chien. Here’s hoping she realises how erratic and weird her behaviour is and sorts it out, but I’m not that confident.

For more of the same, check out this woman having a naked meltdown in a busy gym in America. Guess it’s something that happens quite often?