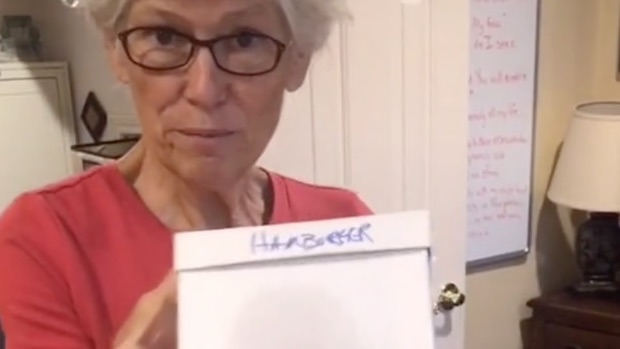 What do you think it’s going to look like?

There’s been a thread in these pages over the years about fast food meals looking exactly the same years after they were bought, but we haven’t had one for a while and so it’s only fitting that we come back with an absolute monster.

This one is harking back 24 years to 1996 and is all thanks to a woman from somewhere in America – most likely the rust belt/South as her McDonald’s meal comes in a bag that has a NASCAR advertisement on the side of it – who decided to share the sight of what her burger and fries looks like now on TikTok. Any guesses for what she’s about to reveal?

If you said anything else than exactly the same then I don’t really know what you were thinking, as it’s well known that McDonald’s food is so full of shit that even bacteria and germs or whatever don’t want to digest it. There’s literally so much evidence of this I don’t even know how anyone can dispute it at this point.

Anne Christensen, director of Field Brand Reputation for McDonald’s (what?), is going to attempt to explain it to us anyway though:

In the right environment, our burgers, like most other foods, could decompose. But, in order to decompose, you need certain conditions — specifically moisture.

Without sufficient moisture – either in the food itself or the environment – bacteria and mold may not grow and therefore, decomposition is unlikely. So if food is or becomes dry enough, it is unlikely to grow mold or bacteria or decompose.

Food prepared at home that is left to dehydrate could see similar results. Similarly, this particular burger is likely dried out and dehydrated, and by no means the same as the day it was purchased.

Yeah, still don’t know if I’m buying that there Anne, but good effort nonetheless. It does look a bit dried out and crappy though, I’ll give them that but the fact it hasn’t been broken down or decayed at all just sets alarms bells of really doesn’t it?

To be honest, I’m not that big a fan of McDonald’s but even seeing this isn’t going to stop me scarfing it down the couple of times a year that I feel like it, so I wouldn’t sweat it there Anne. If it doesn’t bother me, then I doubt it’s gonna affect too many of your 80 billion worldwide customers or whatever.

For more of the same, check out this guy releasing a rat into McDonald’s after they mess up his order. Ooomph.