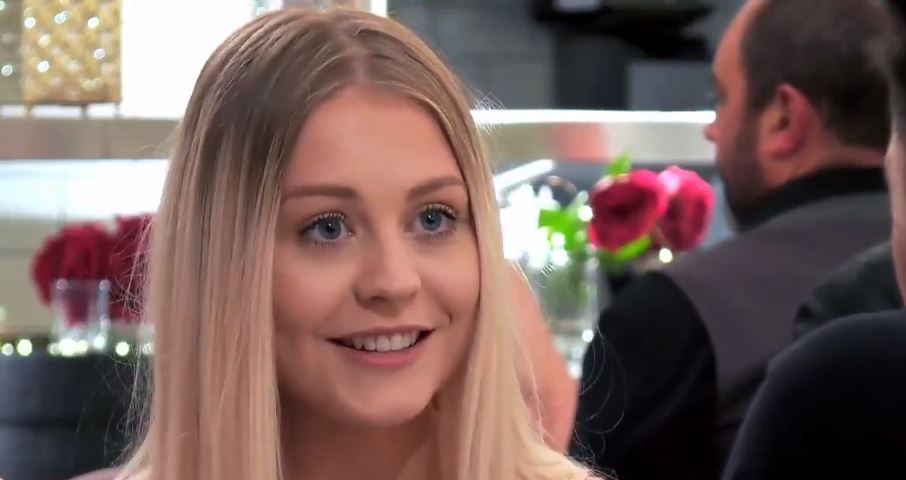 ‘First Dates’ has slowly integrated itself into Channel 4 British Culture in much the same way that ‘Come Dine With Me’ or ‘Dragon’s Den’ did previously, in that you can always tune into it and be instantly enthralled because the format is so great and it’s the idiots that take part in it that make every episode so watchable.

Most of these episodes aren’t worth writing a news article about, but every now and again something so stupid happens in one of them that you’ve just got to do it. This happened last night when 23 year old Shannon stepped out for a date with 28 year old Zander.

Shannon as talking about her artwork and Zander asked if he could see any of it, only to be presented with a mould of her vagina. You can imagine how awkward that exchange was and you can see it below:

Lol. ‘Bit weird’ pretty much sums it up doesn’t it?

Despite the fact that the two of them don’t really seem to be seeing eye to eye in that clip, they did end up snogging at the end of the episode and then apparently went on a second date that went so well that Shannon is now designing the artwork for Zander’s album – he’s a singer.

Hopefully they end up getting married and become a celebrity power couple and everyone will know that they first met on ‘First Dates’ and bonded over a cast of Shannon’s vagina. Can’t see that being embarrassing for either of them at any point in their lives ever can you?

For more of the same, check out this episode that had one of the most awkward endings ever. Seriously.