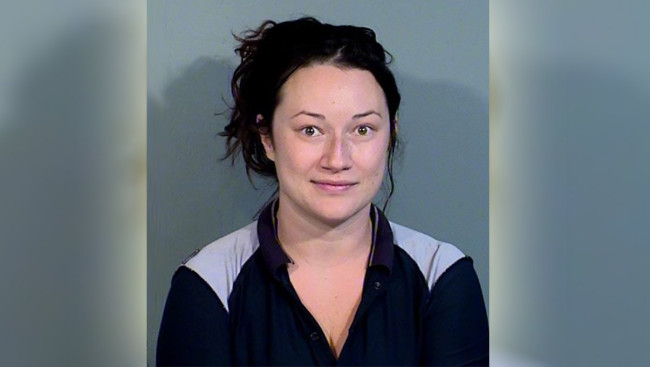 The definition of insane.

Getting ghosted is a problem for everyone it seems in modern society, but you’ve gotta know just when to give up and when not to pursue something.

You would think that 159,000 texts without a reply might be a trigger to give up, but apparently not. These are the lengths that a woman named Jacqueline Ades from Arizona went to after one date with some dude to try and win his heart, and ultimately led to her arrest in his bathtub after she broke into his house last May. She had also been seen previous to this lurking around his house and car and carrying a big butcher’s knife with her. Sounds obsessed.

If you think that sounds ridiculous, then the story only gets more mental from there. Ades literally doesn’t understand why she’s in jail and wants her case to go to trial as she believes that a jury will find her not guilty of stalking and insist that she marries the dude. She’s even gone so far as to reject a plea deal that would see her barred from contacting the victim because she’s so certain that her actions are legitimate.

I said, ‘If I had a perverted imagination, what would I think?’ And then I wrote all these weird things.

Just, like, I was literally playing with my imagination and it turned out that that scared him.

I’m refusing to take the plea deal because I don’t believe it’s real. I think it’s his way of testing my resolve.

I want to go to trial. The jury are  going to say, ‘You’re not guilty and on top of it we, like, demand that you two get married,

Wow. Talk about bonkers. I would be absolutely terrified of this woman after one date probably and then it would be magnified 159,000 times after all those text messages. Hope she gets locked away for a long time and this dude doesn’t have to move state or go into the witness protection programme or anything. Could get really serious if she was allowed out again.

For more of the same, check out this bizarre case of Instagram stalking. Really kinda creepy.