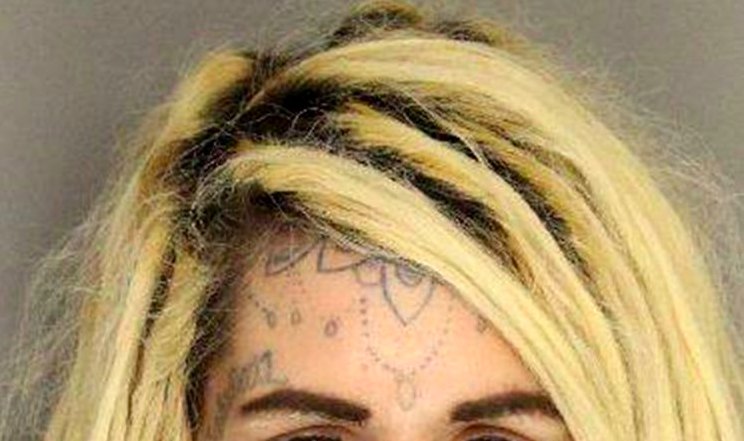 There’s a certain art to the police mug shot – you can either look as wild or as feral as possible, or you can look like Jeremy Meeks and you end up becoming a male model as a result of it.

It’s safe to say that this woman is definitely on the other side of the scale to Jeremy Meeks as her mug shot is one of the most terrifying things we’ve ever seen. Not only does she have tattoos all over her face and weird looking roots and scary lipstick, she’s also got her eyeballs tattooed fully black. That means she’s not afraid to let someone poke around her eyes with needles, which really is next level in terms of being completely and utterly mad. 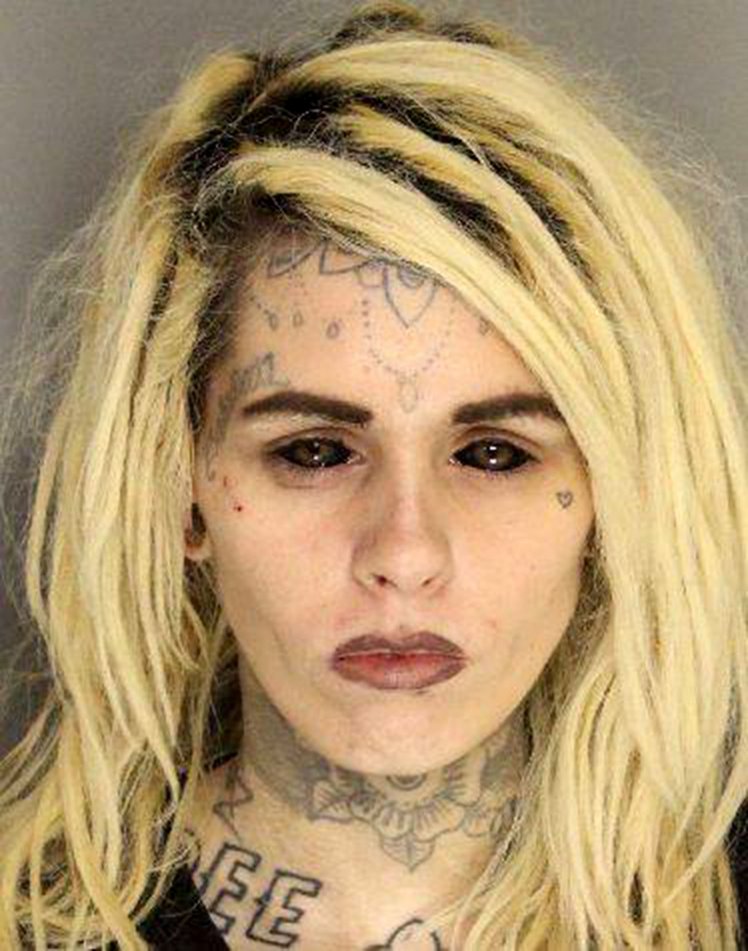 Geez. Her name is Morgan Joyce Varn and she’s 24 years old from Lancaster, South Carolina. She was arrested alongside Jonathon Mikael Robinson over the weekend for kidnapping, armed robbery, and property damage. Apparently she mugged a guy of his mobile phone before inviting him into her house and refusing to let him leave.

Sounds like a real piece of work right? Although we probably could have figured that out just from her appearance I suppose. If it looks like a bad penny, then it’s probably going to be a bad penny.

For more of the same, check out the most messed up mugshot of last year. Might even be worse than this one.