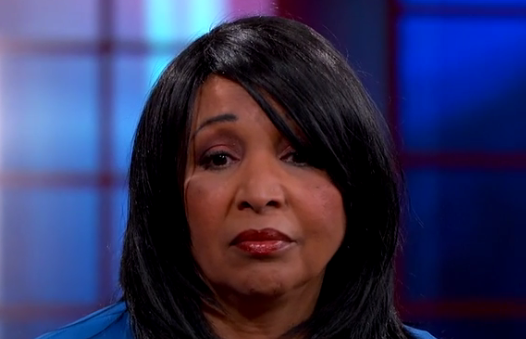 We’ve featured some pretty crazy people on this website over the years, but this woman seems to be seriously delusional given that she genuinely believes one of the biggest songs of all time was written about her. Sure.

Annie is a former model and mother of three who is appearing on a new episode of ‘Dr Phil’, which you can see a trailer for below. She genuinely, 100% believes that the song ‘Smooth Criminal’ by Michael Jackson was written about her for the following reason:

I was in an abusive relationship, on the night that I was being abused I became Annie from ‘Smooth Criminal’.

I ran into a bedroom the night that I was struck down – when all this was happening I saw a limousine outside the window.

‘Annie, are you OK?’ Why do you think he said that? Because he wanted to know if I was OK.

Sounds like it definitely must be true. Apparently Annie even looked into it and discovered that Jacko owned a car similar to the one she saw out of the window. Or she just said it was the car that Michael Jackson owned at the time because she already knew that fact. Either/or.

Whilst her story has me completely convinced, her daughter Akeeya isn’t having any of it:

My mum does not work because she believes she’s entitled to the rights of ‘Smooth Criminal’.

I am livid. I want my mother to stop trying to cash in on the rights to this song and get a job and support her and my little sister. My mother is delusional.

Yeah to be honest I was only joking earlier – Annie seems like a complete and utter idiot. Delusional doesn’t even begin to cover it. Seriously though, I hope ‘Dr Phil’ talks some sense into her because that must be pretty awful for her daughter to have to deal with on a daily basis.

For more Michael Jackson, check out this incredible beat box version of ‘Beat It’. Sensational.