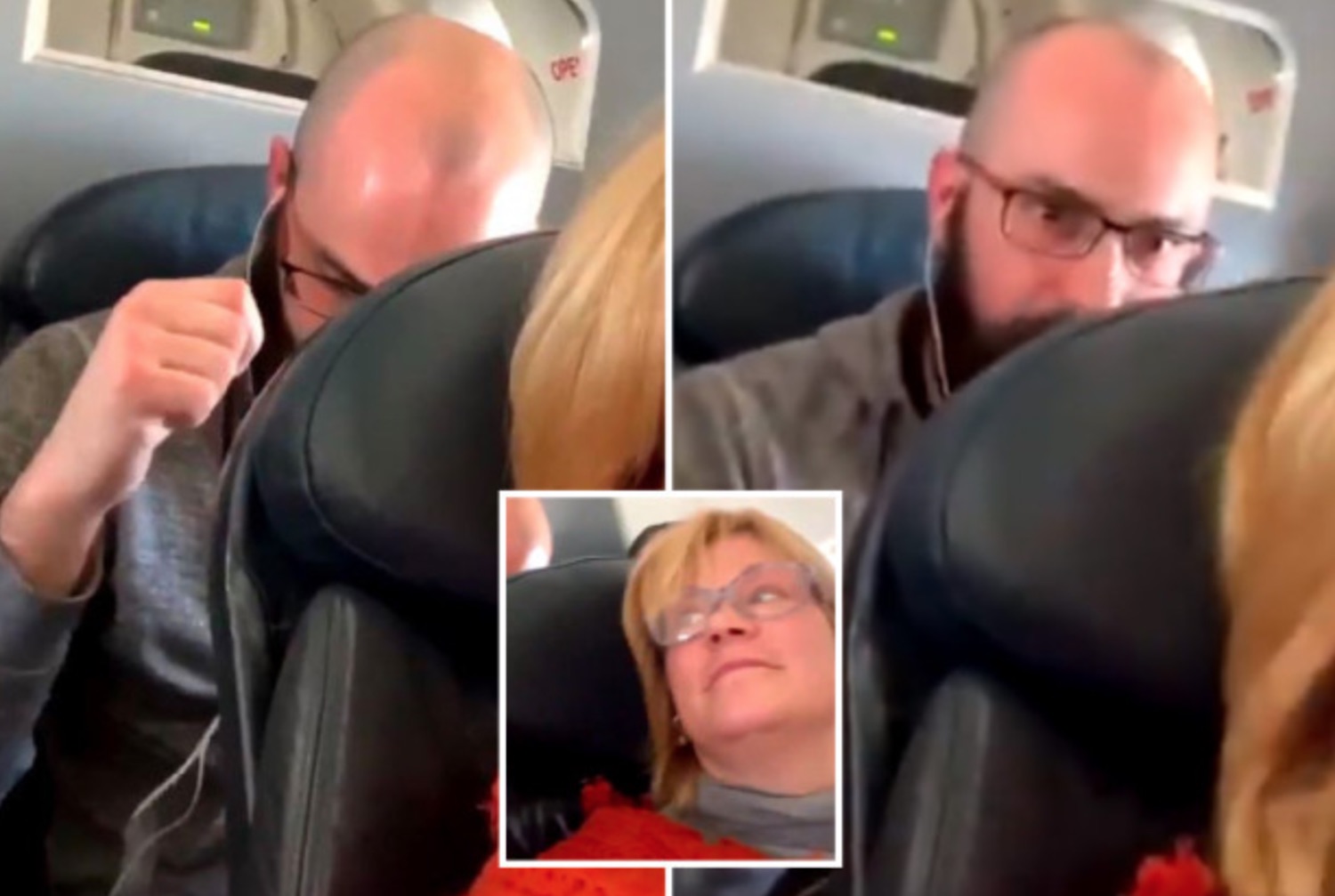 Who’s in the right?

I don’t think there’s anywhere that you can be as passive aggressive as possible quite like an airplane, but sometimes your petty disputes with other passengers get a bit out of control.

Case in point comes from the video below that I’m sure is a situation that anyone who has ever been on a plane before will be familiar with. One asshole passenger has decided to recline their seat as far as possible and this has obviously perturbed the guy sitting behind her, so much so that he decided to relentlessly punch her seat until she moved it back into position.

Whilst she did do this whilst he was eating, his respite was short lived and as soon as he finished his meal she was back into position. The punching then continued, causing the woman to film it and post it on Twitter:

A little concerned that @AmericanAir didn’t feel this was a problem.

Not sure about the rest of you, but I would surely consider someone continually tapping on the back of my seat to be a nuisance. https://t.co/DmRKUpA36O pic.twitter.com/Xts7hfQAcw

Lol. Talk about passive aggressive to the max.

In fairness, the woman says that she did alert the cabin staff but they didn’t try to solve anything and just gave the guy a free drink for his trouble. Result?

I think the whole thing is remarkably petty from both of them. It’s kind of an unwritten rule that you don’t put your seat all the way back if you’re not an asshole – especially if you were in front of the back row – and you probably should put it forward a bit if the guy asked you to do so because it was so uncomfortable for him, but the same time the guy pummelling the chair over and over like a loser isn’t going to achieve anything or probably even make him feel better.

Just seems like a really weird and stupid altercation between the two of them right? Will probably end up with one of them getting sued knowing America. God bless the USA!

For more of the same, check out this story about a pilot diverting a flight because a passenger won’t stop farting. Lol.