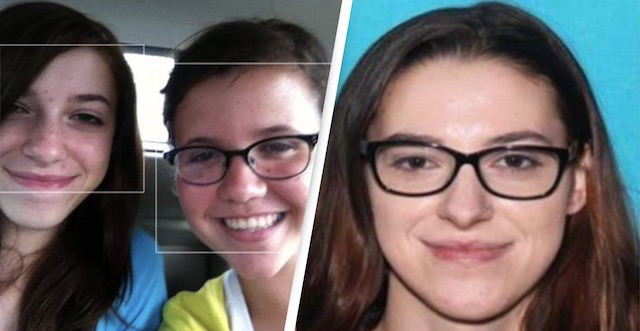 It must have been so crazy during the Capitol Hill riots when people sitting at home saw some people that they had grown up with or had some kind of relationship with rioting around and causing havoc and trying to undermine  democracy, and here’s another story about someone who realised that their middle school girlfriend was the one who stole Nancy Pelosi’s laptop.

The laptop thief has already been identified as Riley June Williams from Pennsylvania and subsequently arrested, but it must be crazy when the penny drops and you realise that that woman was someone you spent a lot of time with back in the day. This is exactly what happened to someone on Twitter calling themselves Libby, who tweeted about the situation and followed it up with a picture of Williams from back when they were goofing around when they were kids.

my middle school girlfriend is WANTED by the FBI for stealing nancy pelosi’s computer and trying to sell it to the Russians.

Yeah that’s definitely her isn’t it? Must be so messed up to think somebody you knew/were in love with could be capable of such actions now they’re all grown up.

In another weird caveat to the story, there’s still some debate over whether a laptop was actually stolen or not. Rumours were swirling around that Williams was hoping to sell it to the Russians and Pelosi’s deputy of staff tweeted about one being stolen, but Williams has only been charged at the time of writing with violent entry or disorderly conduct and entering the restricted space of the Capitol. There’s literally been no further mention of the laptop by those in authority. Strange – maybe it’s already on its way to Russia and this is just a diversion or something?

For more of the same, check out the FBI warning us that QAnon might be dressing up as the National Guard during Biden’s inauguration. What the actual?