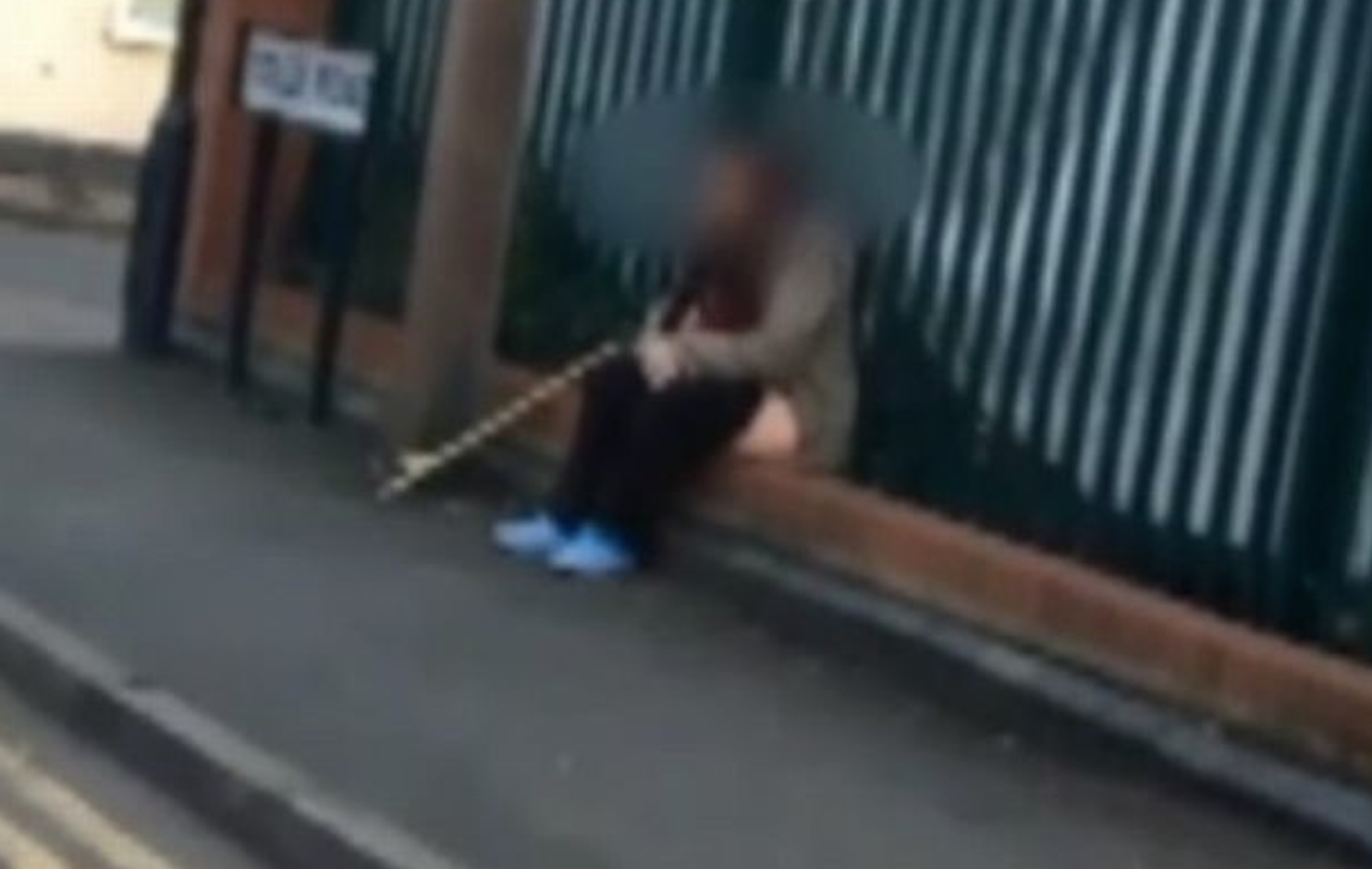 Every now and again I come across something on Sick Chirpse that really does make me question why anyone would want to be involved with it, and this is another one of those times.

A guy called Matty Rumsby was driving in Nuneaton when he spotted a woman squatting on a wall taking a shit outside a school. Matty started filming her and asked her what she was doing:

It was last night at approximately 7pm, I was in the car with my friend, and as we turned onto Toler Road this woman was pulling her trousers down, she saw us watch her doing it.

We stopped in shock and me and my friend were quite disgusted.

In my disgust, with it being next to a school, my friend told me to get my phone out.

You can clearly see her looking at me like she didn’t know what I was saying. Then we drove away in disgust and shock.

I didn’t go back to look but due to how she was sat on the wall and the time she was there it seemed like she was having a poo.

Whether it was that or she was urinating, it is still highly revolting.

No shit (excuse the pun), it is completely disgusting, although I don’t really think Matty does himself any favours by blasting out hip hop and shouting at her like a complete bell end. Still, I suppose he’s actually in the right this time, although maybe he could have been a little less uncouth about it. I suppose we are in Nuneaton though so it’s kind of expected.

No news if the woman has been identified or what the hell she was thinking, but I guess that’s just the way it goes some days. For more of the same, here’s someone shitting in a urinal whilst puking. Rare.