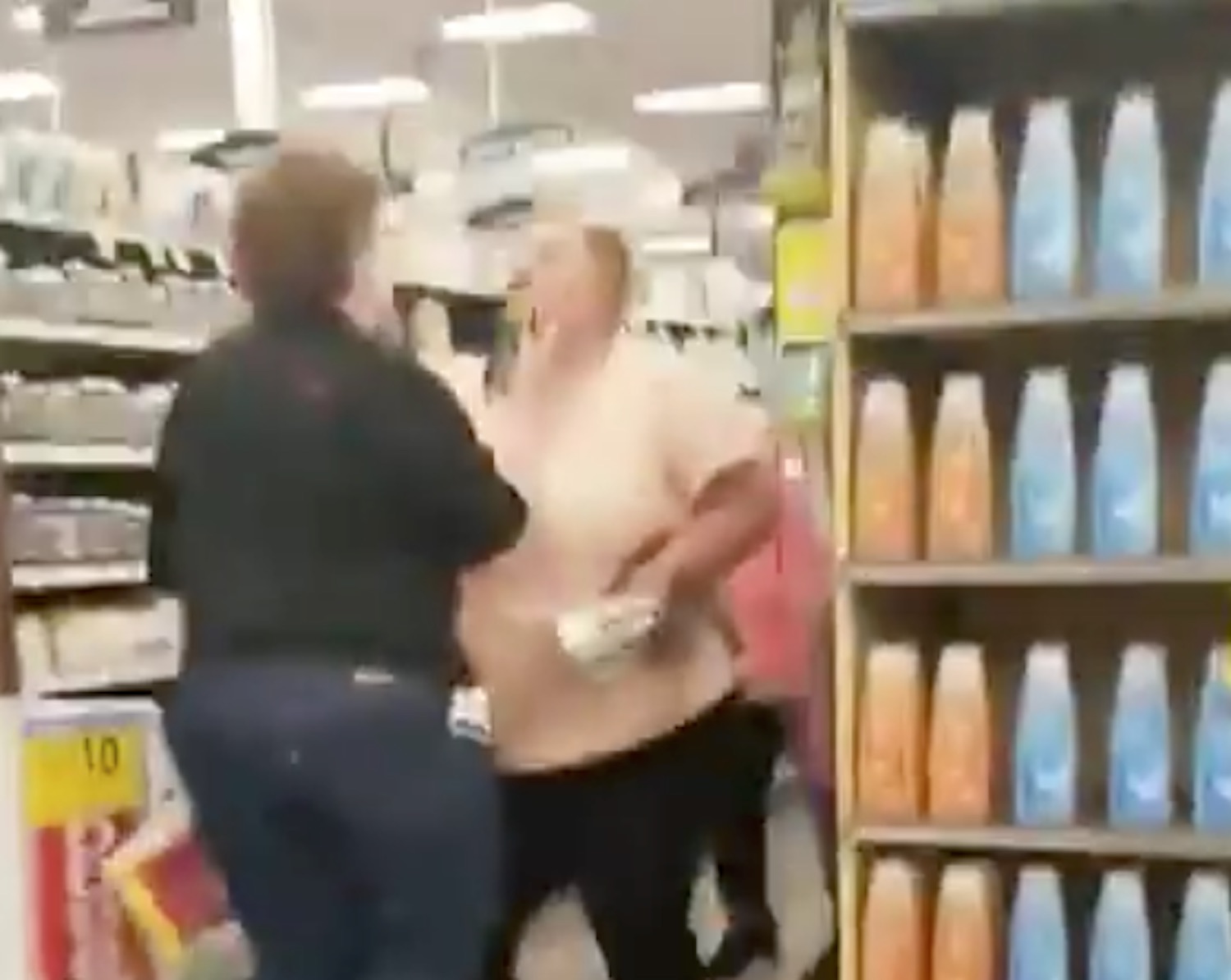 Not related to masks surprisingly.

This video comes from somewhere in Middle America – not entirely sure where but it has to be somewhere like that, or the South I guess – where a woman is clearly having a hard time with there being so many people in the aisle that she’s shopping at her local Walmart. The only solution therefore is to use God’s name to push everyone out of the aisle and then proceed to cast some kind of exorcism on the aisle whilst security was called.

It’s as weird and small town America as you can imagine from that description:

Yeah, looks like we’re back to regularly scheduled programming over in the crazy aisle of America from that, at least in some capacity. Dunno what happened to her afterwards, but assume she was thrown out of the Walmart and proceeded to either go and buy more meth or head to her local church to continue her sermon. Could easily be either option.

For more of the same, check out the moment a man apparently became possessed during a real life exorcism. Scary.