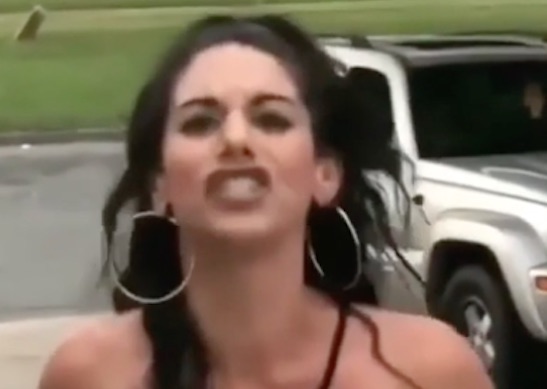 Sometimes you come across videos that you don’t have any context of but even despite this, the 30 seconds or so that you view of them are absolute dynamite.

Of course, this is one of those times and the video below is really very special. It features a boyfriend absolutely kicking off at her boyfriend at the petrol station, but make sure that you stick around until the end for one of the funniest surprise endings on a little video like this that I’ve seen in a long time. Trust me:

Ha ha! I’ll be honest I didn’t think this video was that good until the twist ending at the end where the guy drives off because it just seemed like it was ripping this woman who had obviously had enough of her boyfriend being a dick and that isn’t that cool. But then the end of the video just kinda made me think that they were just both massive dickheads who probably deserved to be shouting at each other and fighting 24/7. This hasn’t been the first time and it won’t be the last – like she said she’s already famous on Worldstar y’all.

For more of the same, check out this guy accidentally lighting a whole petrol station on fire. Moron.