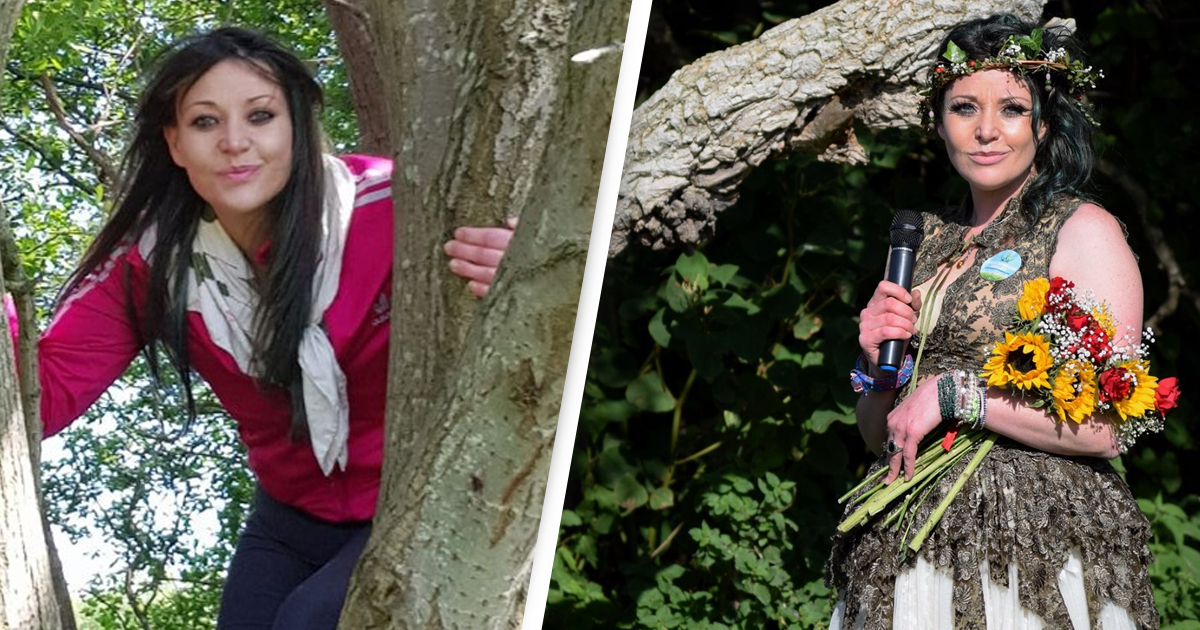 There haven’t been so many stories about weirdoes marrying ghosts or inanimate objects this year – I guess a global pandemic puts a halt on marriages of all kinds – but one woman who married a tree last year is letting everyone know that they made it through that tricky first 365 days be celebrating her wedding anniversary.

38 year old mother of two – two actual children, not small trees – Kate Cunningham says that marrying the tree was the best decision she ever made, even though she’s also got a real life human boyfriend back at home as well. She celebrated her anniversary by visiting the tree in its natural domain in Rimrose Valley Country Park in Sefton.

In fairness to Kate, her marriage to the tree was actually designed to draw attention to save Rimrose Valley Country Park from being transformed into a bypass by Highways England. Kate and her fellow campaigners have argued that the bypass will destroy the park and create loads of noise and pollution and she hoped by doing something like this it would raise awareness of the problem, which is a bit less stupid that it initially sounded.

However, it does still kinda sound like she’s going all in on the relationship. Here’s what she had to say about it all: 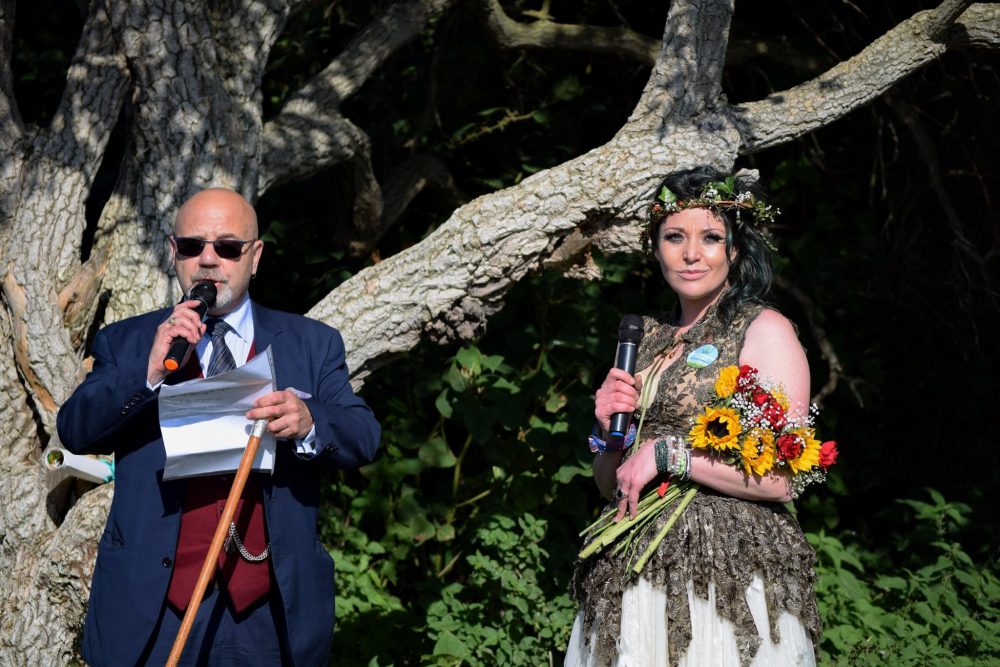 As soon as I saw the Elder, I thought ‘that’s the one’. It doesn’t look like anything else around. This one stood alone amongst the trees. I just feel like trees are people. Sometimes you just know.

You know if you feel attracted to someone or smile at them as you walk past, there’s just a natural attraction. Trees and flowers are the same. I like the story behind the elder tree.

Me and my friends went over to the tree and said hello for a small celebration a couple of days ago. It was a little gathering with two friends where we raised a toast and had a glass of elderflower champagne.

Not once have I thought that I shouldn’t have done it. It’s something that I feel like happened at the right time.

Despite causing a little bit of embarrassment for my 15-year-old, he sees the bigger picture now and understands what it’s for.

Since marrying Elder, I feel a bit more confident about myself and like a ‘stronger, better person that’s more dedicated to the whole campaign than ever before.

As much as it’s about this campaign, I’m thinking about the destruction all across the world. This world is quite beautiful and it can’t all be doom and gloom.

I suppose essentially Kate is doing a good thing there by marrying the tree, even if it does come across a little stupid. Hopefully it’s not all for nothing and they succeed in stopping the bypass from being built.

For more of the same, check out this woman talking about when she had sex with a ghost. The best she’s ever had apparently.

Also, here are some other things to do on your anniversary.