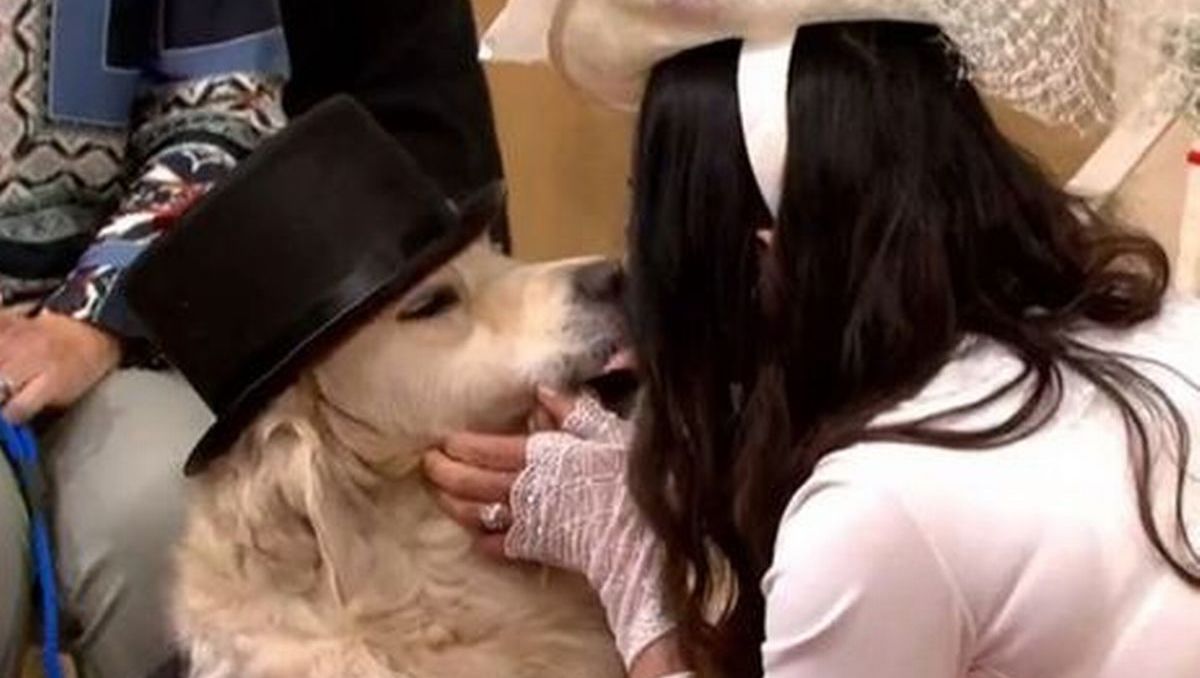 I now pronounce you hound and wife.

We all know dogs are the best thing on this planet. If you’re lucky enough to own a pooch yourself, you’ll probably love them like they’re your own family.

But do you love your dog enough to marry them? For most people, the answer to that question is no. The woman in this story, on the other hand, has decided to shun human love to get hitched to her golden retriever instead.

On a rather unusual episode of This Morning, Elizabeth Hoad took to the sofa to chat to Eamonn Holmes and Ruth Langsford about how she had been unlucky in love. But when she met her pet Logan at a rescue shelter, she knew he was the one.

While the chat itself is odd, things go from weird to downright ridiculous when the morning show held a wedding ceremony for Elizabeth and Logan, which was officiated by Alison Hammond and saw Kem Cetinay as the ring bearer.

Told you it was odd. Props to the team for fitting that many dog puns in there though.

Understandably, viewers were baffled. Here are some of the comments below:

Did i really just witness a woman and a dog getting married on #ThisMorning.

Why is @thismorning entertaining this woman and allowing her to marry her dog on air..??? Is this for real???!!!

#ThisMorning not sure what is worse this morning for doing the wedding or for sitting at home watching it. How everyone sat there trying not to burst out laughing. lol what’s next.

Well, guess all we can say is ¯\_(ツ)_/¯ and wish the couple all the best in the future. Here’s hoping she’s not taking tips from this woman for the honeymoon.