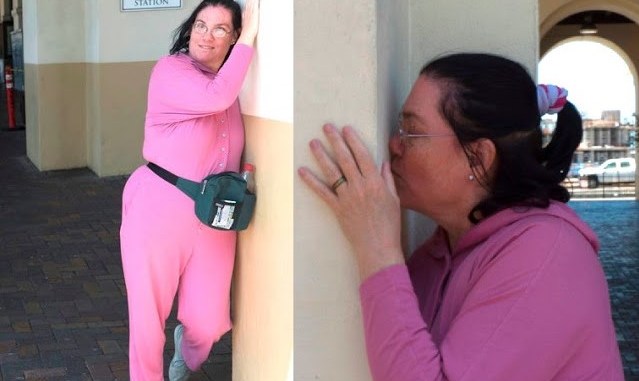 She never gave up.

A woman over in California shocked her friends and family recently when she announced that she is in love with a train station. I can understand how that would be a little hard to swallow.

After making the announcement, 45-year-old Carol (who is now called Carol Santa Fe) decided to follow her dream and marry the Santa Fe train station, which she has lovingly called Daidra. Now that the secret’s out, Carol commutes every morning to spend quality time with her new husband. She hugs, kisses and “mentally” has sex with Daidra, whom (whom?) she says she’s been attracted to since she was just 9 years old:

Carol identifies as objectum sexual, whereby humans become sexually attracted to objects. Apparently she was once married to a man for a few months, but it just didn’t work out and if anything, it just made her love for the station even stronger.

Well, I guess good luck to them? She’s happy, the train station’s happy and hopefully her ex-husband moved on to find someone new… maybe an airport or something.

For more objectum sexual, here’s a video of a man having sex with a car. And yes, it’s NSFW.