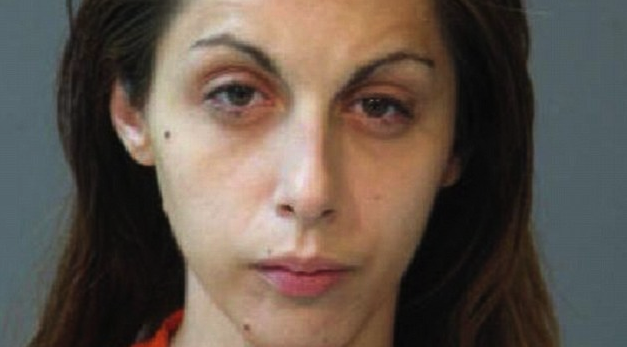 Well they’ve got to hang out somewhere safe while she’s doing the deed right?

Before you guess it, yes, this did happen in America, the craziest thing about it that it didn’t happen in Florida but Louisiana. That is pretty close though so you know, potato potato right?

Princess Marks – yeah that’s her actual name – got arrested at the weekend when she returned to her SUV in  a Walmart car park after police noticed that she had locked her kids in their and left it unattended.

The car had the windows down and the engine wasn’t running. The kids – aged five and seven – were crying hysterically when the cops found them. It was 15 minutes before Princess returned and it was roughly 12:30 at night at this time, making the whole situation fairly suspicious.

It was all OK though because Princess had a perfectly reasonable explanation for leaving her kids unattended: she told police that it was OK because she was in the same car park, going down on her boyfriend in his car. As you do.

She said that she physically couldn’t keep an eye on her kids while she was blowing her boyfriend (technically true) so figured it was for the best that she locked them in her car. I guess you can’t really argue with that logic. Unfortunately the cops didn’t see it that way and decided to arrest her immediately and place the kids in the care of a relative. Princess was released on $5000 bail the following day.

The best thing about this whole story though is that the cops didn’t even catch her in the act – she freely admitted that she had left her kids unattended to go down on her boyfriend in a Wal Mart car park. Not even getting any herself. Who would do that, seriously, surely you could come up with a better excuse than that, especially considering you’d probably see the cops from a while away standing by your car?

Maybe it’s normal in Louisiana to do that stuff, but my guess is that Princess was probably high on crack and thought it was probably a good idea. She sure does have the face of a meth addict, right?