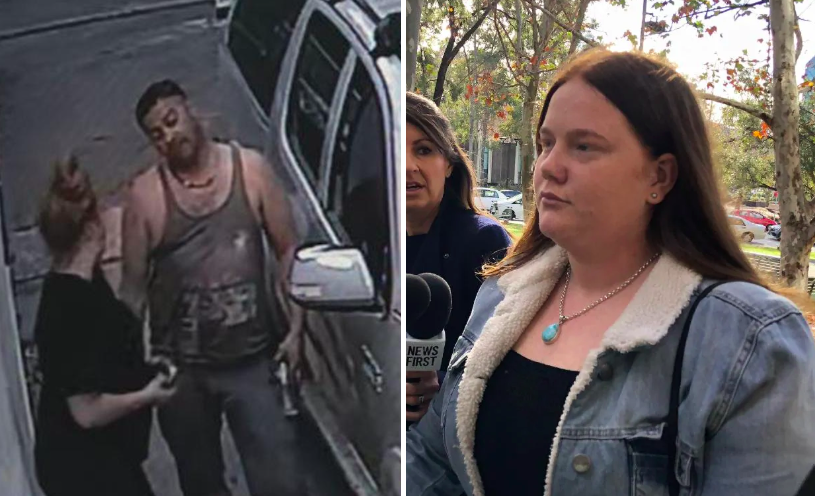 Before we get started on this article, let’s get some statistics out there to give some context to the issue of sexual assault.

Studies show that roughly one in five women are sexually assaulted in their lifetime. However, only 230 out of 1000 cases are reported to the police, 46 out of the same figure lead to arrest and just 4.6 rapists out of 1000 will be jailed for their crimes.

With these figures taken into consideration, as little as two percent of sexual assault claims turn out to be false. Which is why it’s frustrating when a story like this comes out and makes the general public second guess when real victims come forward and speak up.

The woman in this story fell into that two percent, as she was caught out by her own lies after making a claim against a dude who was just trying to help her fix her car.

Sydney resident Caitlyn Gray, who was 19 at the time of the ordeal, originally told her boyfriend that a 36-year-old dad named Kenan Basic had lunged at her and grabbed her genitals when she refused to offer sex as payment for him helping her out.

Caitlyn’s boyfriend understandably called the police, and Kenan’s life spiralled out of control after the claims – he lost his job, his wife filed for a divorce and he spent a week in jail.

Then, seven days later, the accuser admitted she’d been lying the whole time, but only after CCTV proved Kenan’s innocence.

This week, Caitlyn stood before Bankstown Local Court where she was handed nine months for her actions, with a non-parole period of five months, according to 7News.

The prosecution said her lie was “an offence that strikes at the heart of the judicial system.”

If not for CCTV footage and the follow-up investigation, Basic would’ve spent months in custody.

There is no alternative other than a full-time custodial sentence.

Following the sentence, it looks like Basic and his legal team will file a lawsuit for the damages caused too, as he is still struggling to piece his life back together following the false accusations.

To read about the attacker who got his tongue bitten off by his victim, click HERE.