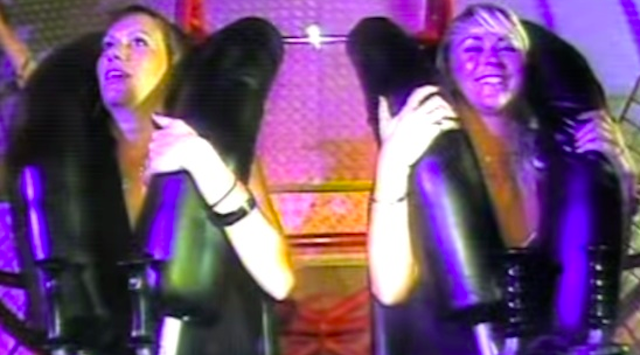 Turns out theme park rides have more than one use.

I’m a big fan of theme park rides but it turns out I’m nowhere near as big a fan as some people, because they can actually achieve an orgasm just by riding on them.

Of course they’re girls – I don’t think it would really be appropriate if it was a guy getting one, he would probably be thrown out of the amusement park – and the ride is one of those slingshot ones where you’re in a ball and you get fired into the sky at about a million miles an hour. Turns out that I guess the strap rubbing against her crotch on the ride was enough for her to climax pretty loudly. In fact, it looks a lot easier than when a gay man has to try and get a straight man to orgasm on this crazy Japanese game show.

I was kind of sceptical when reading the title and when first watching the video, but towards the end it definitely seems like she came. Her friend is kind of annoying though as she doesn’t seem to have even enjoyed the ride, let alone had an orgasm, and is just moaning about that the whole time. Don’t go to the theme park with her.