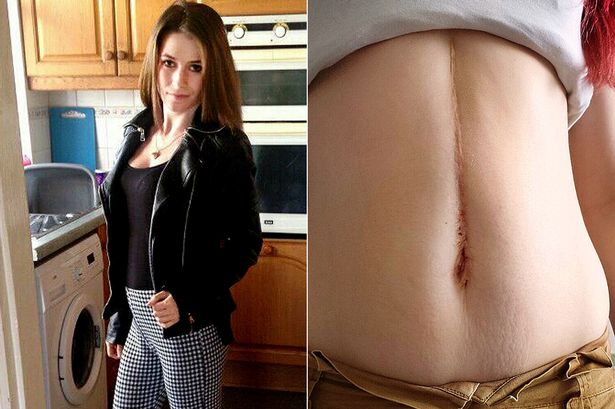 Some things are hard to swallow.

I always thought hairballs were the disgusting result of cats cleaning themselves, but it turns out humans can get them too. Unfortunately for Jasmin Percival, she found out the hard way.

The 23-year-old had suffered from painful stomach aches since she was 14 and was diagnosed with Irritable Bowel Syndrome. But the pain was still there two years later until one day, Jasmin woke up one night in excruciating pain. After being rushed to A&E, the poor woman had to have a monster-sized hair ball removed by c-section. So basically a baby. She gave birth to a hair baby.

As soon as I had a full head of hair, I always had a lock stuffed in my mouth.

Erm, why? Can’t see the temptation there. Especially when it results in something that looks like this: 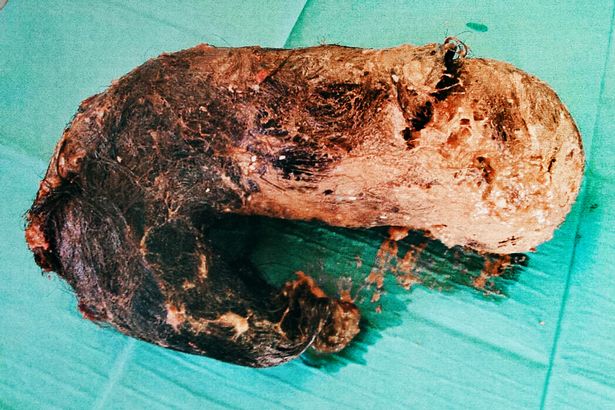 So gross. Speaking on her parents repeatedly telling her to stop, Jasmin said:

I was used to blocking out their concerns. Like anyone with a nasty habit, I was in no rush to give it up, despite the risks.

Luckily it appears she has learned from her mistakes:

Once I was discharged from hospital I began wearing my hair up in a ponytail so I wouldn’t be tempted to have a nibble for old times’ sake.

Nibble? It was probably enough to make a nice little outfit, like this girl did with people’s pubes.