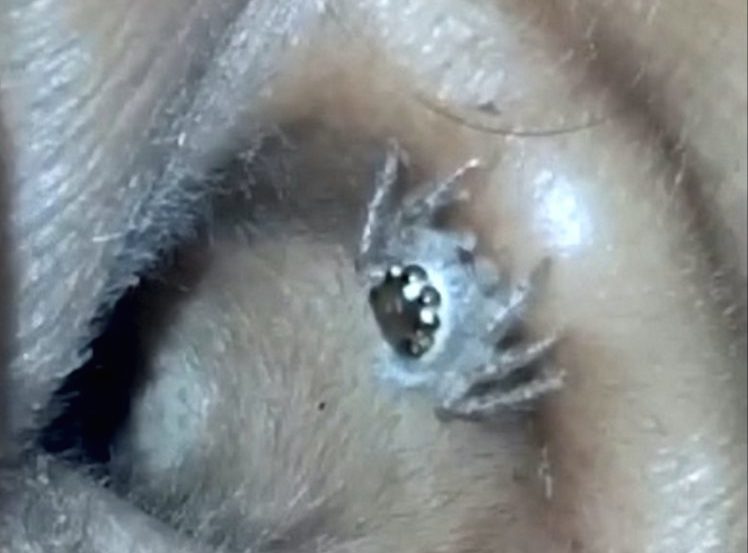 All kinds of NOPE.

A woman who was rushed to hospital was left in a state of shock after doctors found a spider living inside of her ear.

The 49-year-old mother from India had been complaining of a headache and so was examined by a doctor to check just what was causing the pain. When they looked inside, they discovered the eight-legged creature as well as its thick web that had been spun within her ear canal.

After doctors made the discovery at the local hospital in the Indian city of Hebbal, they had to then pour liquid medicine into the ear canal to force the spider out. Leksmi L (she did not reveal her second name) said she reckons that it got in there while she was asleep outside.

Leksmi has suffered no lasting physical damage, although she’s probably not going to risk sleeping outside again:

I was terrified as I could feel movement of a creature in my ear.

The acute earache followed by sharp pains suffocated me.

I couldn’t think of anything and was petrified when the doctor confirmed presence of a spider in my ear.

I’m not surprised. Even just writing about this incident has given me the creeps, so I can’t even imagine how freaked out she must have felt actually having the thing in her ear. Grim.

If you don’t feel sufficiently grossed out, just check out this video of some huntsman spiders fleeing their nest. That should do it.