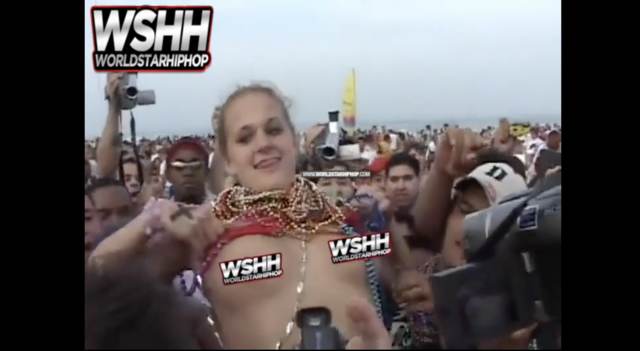 First off, this is a really uncomfortable video showing some really unacceptable behaviour from a group of men taking advantage of a young woman who from the looks of it might just be the only female present at this festival.

I looked online for some context around the video but only found a bunch of comments where some incels were arguing that she should have expected what she got while more sensible posters explain that this is a peak example of rape culture at its worst.

Anyway, here’s the footage – DO NOT WATCH if it’s going to upset you more than you can handle (via Worldstar):

Nasty stuff. Obviously having your tits exposed in any scenario, even at a festival where everyone is off their heads, is not an invitation to be groped and sexually assaulted. It’s just not a normal way to behave.

Maybe the creepiest part of the video though is the dudes trying to comfort her at the end who I’m fairly sure were involved in the boob-grabbing as well. Just an all-round nightmare really and I hope the girl got the hell out of there quickly and safely afterwards.