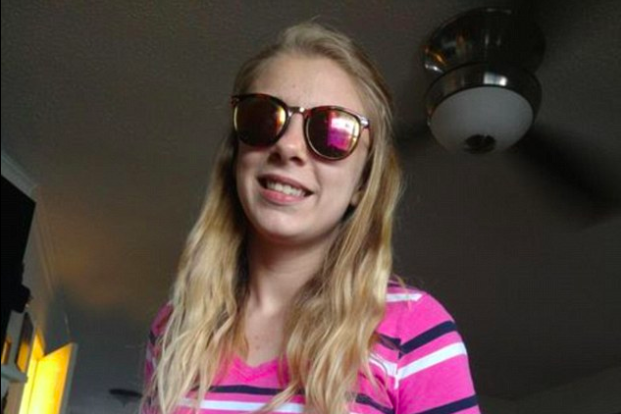 She’s now drug free and trying to educate the world about their horrors.

It’s well known that doing crystal meth is probably going to lead you down a road where you end up doing a hell of a lot of things that are in no way good for your health or life in general, but I don’t think I’ve ever heard about anything happening to meth addicts as grim as the woman in this story.

20-year-old Kaylee Muthart hit the headlines earlier this month when she ripped her eyeballs out with her bare hands in a South Carolina church on February 6th. She believed that she needed to do this as a sacrifice to God so that she could get into heaven.

Since the traumatic incident, Kaylee has declared herself drug free and embarked on a new mission in life to talk about her experiences and warn others of the dangers of meth. Here she is appearing without her eyes in an interview, along with some of the key text from that:

I thought everyone who had died was stuck in their graves, that God was up in Heaven alone, and that I had to sacrifice something important to be able to release everyone in the world to God.

It made the world darker, and took everything I believed in and distorted them to make me go down the path to pulling out my eyes.

It was scary, I didn’t understand what God wanted of me, but it made me feel a sense of righteousness that I had to be the one to do it. And I was glad to do it because I’ve always had a big heart and nobody’s ever giving me that love back.

I proceeded to pull out my eyes with my bare hands and twisted them, and pulled them, and popped them. I told the pastor who showed up, “Pray for me, I want to see the light, pray for me.”

I’ll forget I’m blind sometimes because I know what’s around me. Not down to a tee, but I know what my mom’s house looks like.

You still see, but you don’t see with your eyes, it’s hard to explain because I don’t even understand it myself.

Geez that sounds like one hell of a horrific experience and another very good reason why I never want to even anywhere near meth. It’s incredible that she seems to have come to terms with what she did and her blindness so quickly, so I guess we should respect her for that part of her story. Just hope she doesn’t end up going mental because of it in a few months/years or something.

For more meth, check out this insane dashcam footage of another addict. Gross.