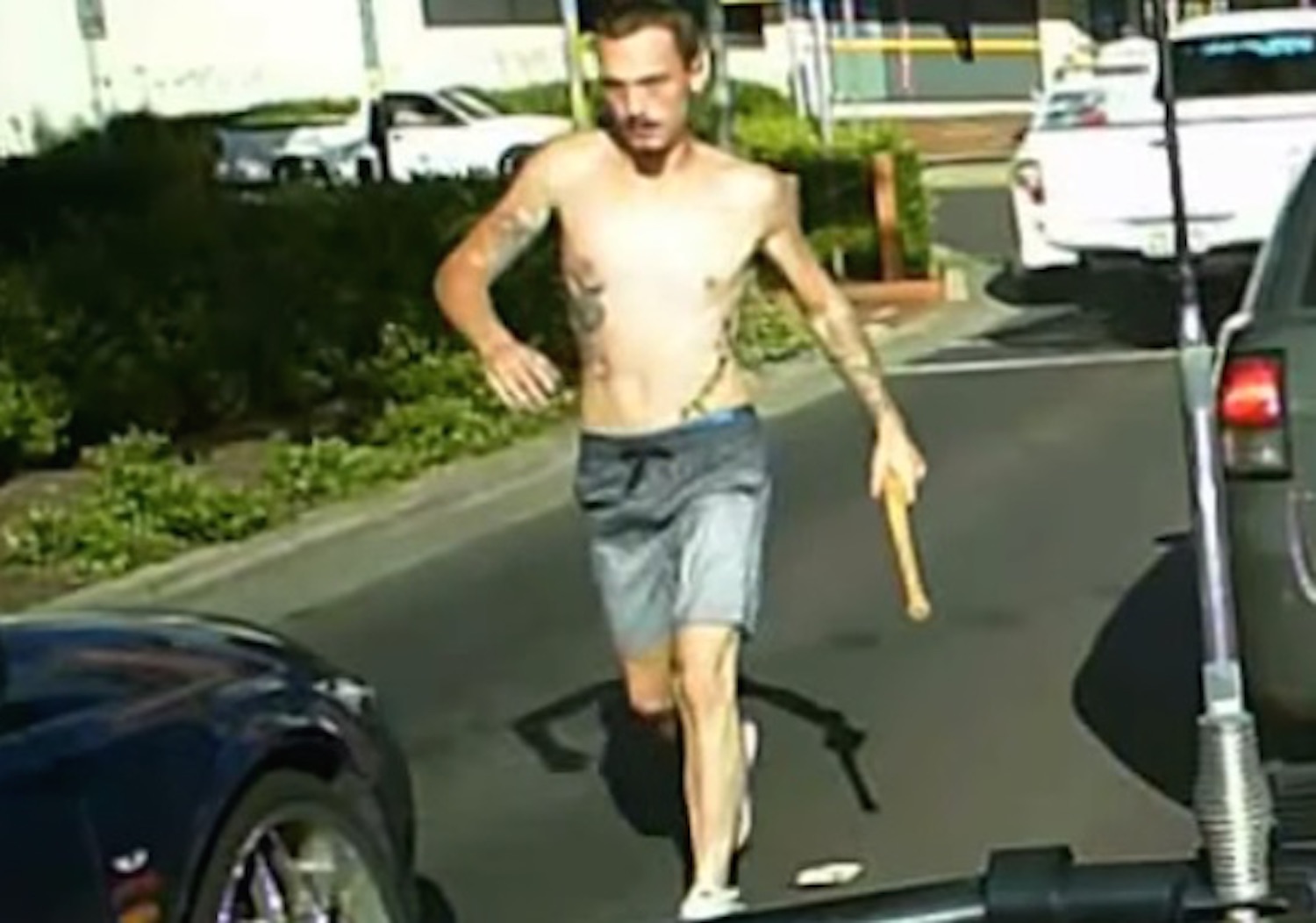 This is what happens when you take Crystal Meth kids.

Road rage is a sad fact of life these days, and unfortunately chances are that you’re going to encounter it at some level during your life when you’re driving.

Usually this is probably just going to be someone swearing at you when you do something stupid and you’ll probably deserve it, but take the time out to appreciate that it could be a lot worse like the experience the guy in this video his. It seems to be completely unprovoked but the guy driving behind him gets out of his car when they’re stopped at the lights, and goes at his car with a his top off and a baseball bat, trying to smash the windows in hard. Brutal.

The guy getting beefed on makes like a tree and leaves ASAP, ramming a couple of cars in front of him out of the way but you can’t really blame him when  baseball wielding psycho comes at you can you?

Yeah, definitely not something you want to run into huh? The worst thing about it is that it seems to be completely unprovoked as the attacker doesn’t even go the same way as him after he’s driven off. Or maybe he just felt like he had taught him a lesson already, it kinda seems weird he would go at him so hard and then just let him get away though.

Some people have theorised that the attacker is on ICE and it’s not a bad shout really given the circumstances. Rage.

For the ultimate road rage pussy, relive the magic of Ronnie Pickering going off at that dude.