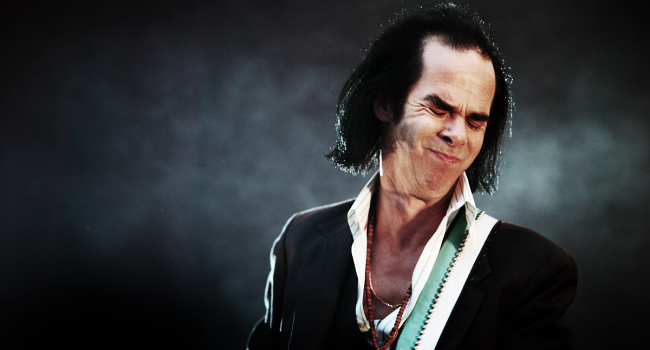 A Glastonbury video has emerged showing a fan who is somewhat enamoured during a performance by Mr Cave.

By all accounts, this year’s Glastonbury Festival was a jolly good time for all concerned, not least the folks who got to watch Nick Cave & The Bad Seeds drop some melodramatic doom-pop over Worthy Farm on Sunday.

At one point, old Nick decides to keep it real and gets in the crowd in order to more effectively preach his morbid gospel. Everyone is having a blast but one person in particular, a mysterious woman in white, is borne aloft by the crowd (or more likely her boyfriend) and “has a moment”  with Nick during a rendition of Bad Seeds classic Stagger Lee. Her resulting glare of affection is intense, to say the least.

Even the crowd can feel the red-hot sexual tension as they cheer her on and Nick himself seems to sense there’s a bit of vibe, as he takes her hand and captivates her like a sort of Australian indie-goth Dracula.

The moment comes to an end, much like love itself, and business resumes as normal as Nick gets back on stage to sing more songs about people who die horribly for no reason, but a certain young woman has had her festival, her year and possibly entire life made. We bet she won’t be washing that hand anytime soon.

Check This: Girl Lands Face First In A Portaloo