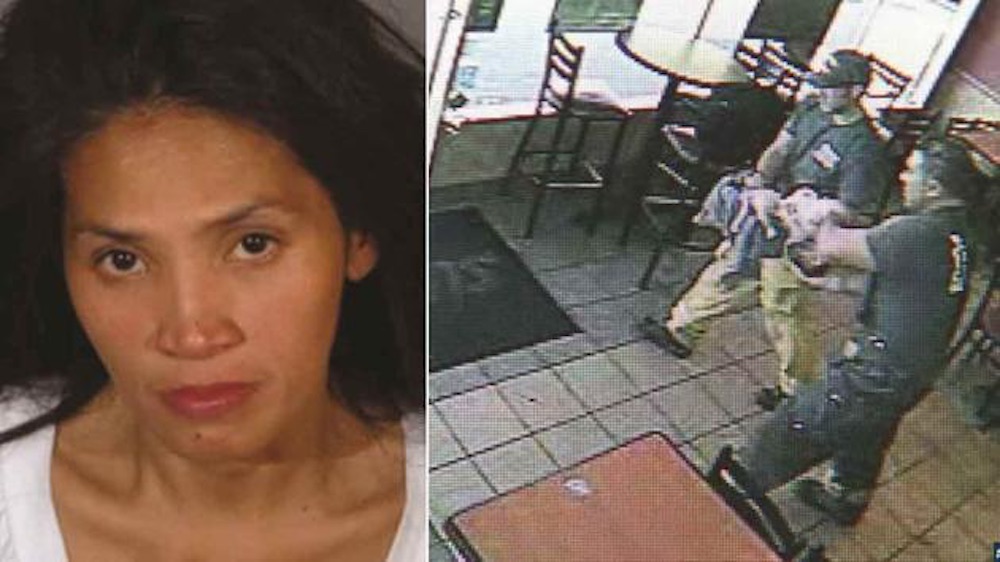 A 38 year old Californian woman named Mary Grace Trinidad allegedly gave birth in the toilet of a Subway restaurant in West Covina then staggered out of there leaving the baby behind.

Subway have released the footage of Trinidad stumbling around but there’s obviously no footage of her in the toilet itself. It’s said that she stayed in there for about 10 minutes and then staggered out of there.

The baby was discovered after staff heard him crying in the toilet, partially submerged in the bowl. The placenta had been placed in the bin. Police then followed a trail of blood from the store to Trinidad and found her collapsed in an alleyway. She was arrested on charges of attempted murder and child abandonment and taken to a supervised hospital.

Fortunately, the child is in a much better condition after he was rushed to intensive care. In case you had any doubt, Trinidad was already known to police who were investigating her as she was homeless and was a known drug user and trafficker in the area.

The whole thing is just absolutely disgusting. It’s not as bad as the Chinese woman who actually flushed her baby down the toilet though.