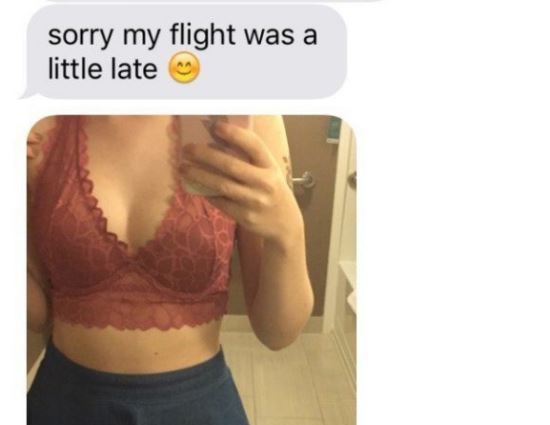 A cheating woman was caught out by her boyfriend when she sent him a topless selfie that revealed more than what she had intended.

Jackie sent a couple of kinky pictures to her boyfriend Liam when she was away in Atlanta. However, Liam, who was already suspicious of Jackie as she had cheated before, spotted a suitcase in the corner that he did not recognise.

Instead of letting it slip, Liam asked Jackie which room number she was in. By this point she had already fucked up and was past the point of no return: 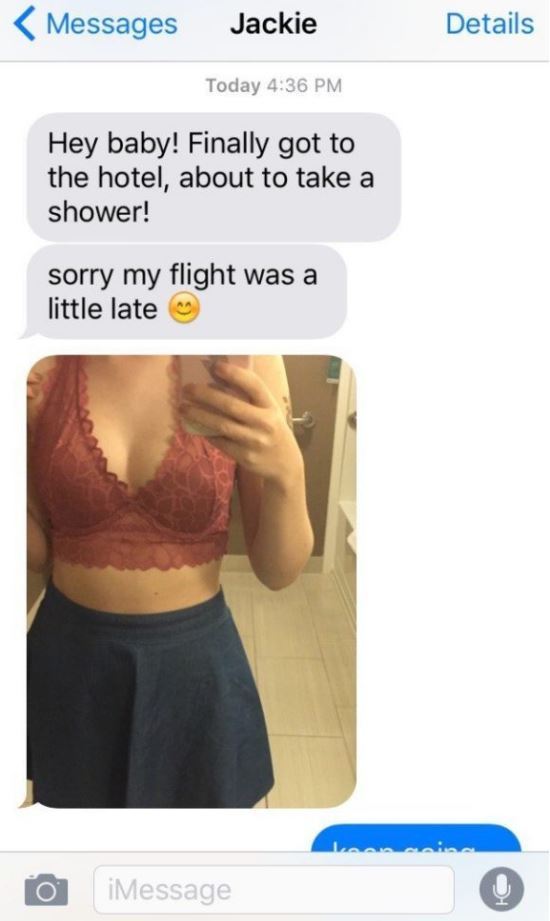 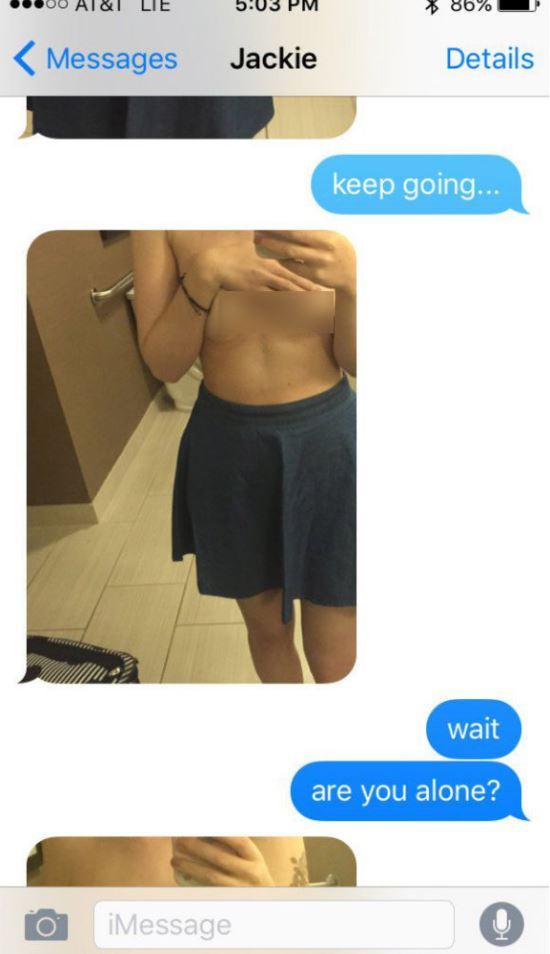 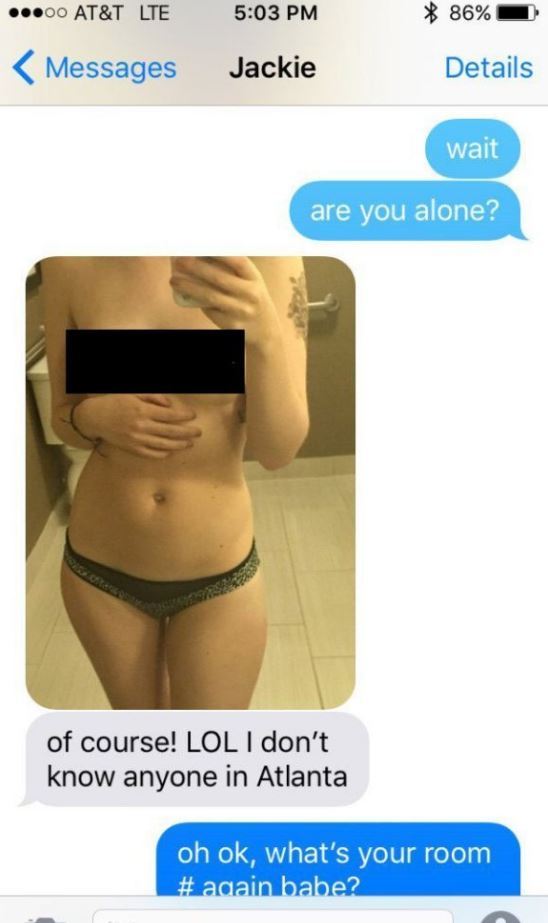 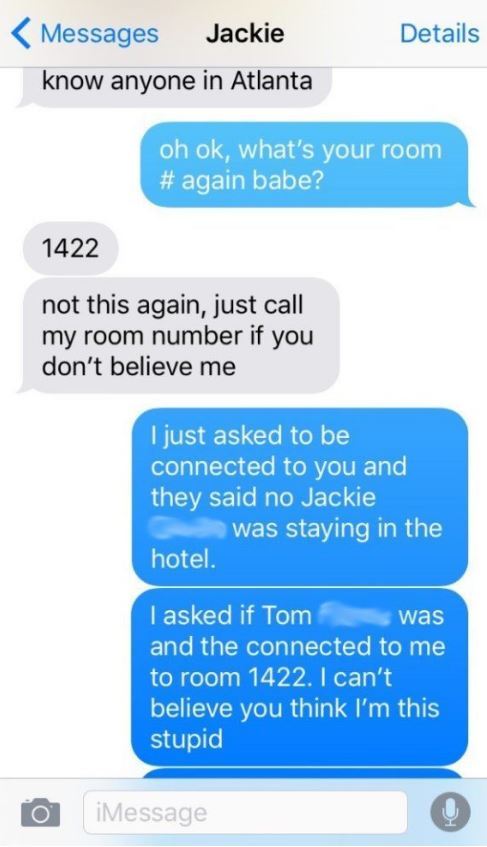 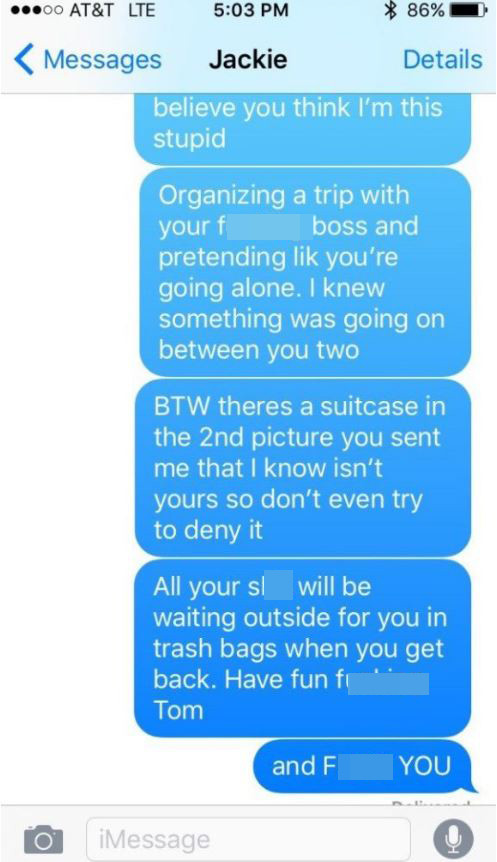 What an idiot. Going away with her boss and she didn’t even factor in that his stuff would be in the background. At least Liam was savvy enough to spot her tricks. There’s no update on what happened after Jackie got home, but I’m assuming her ass was dumped. Hopefully Tom isn’t married and can offer her some companionship because there’s no chance her ex would be stupid enough to take her back.

To watch a woman get revenge on her boyfriend in the most brutal way possible, click HERE.