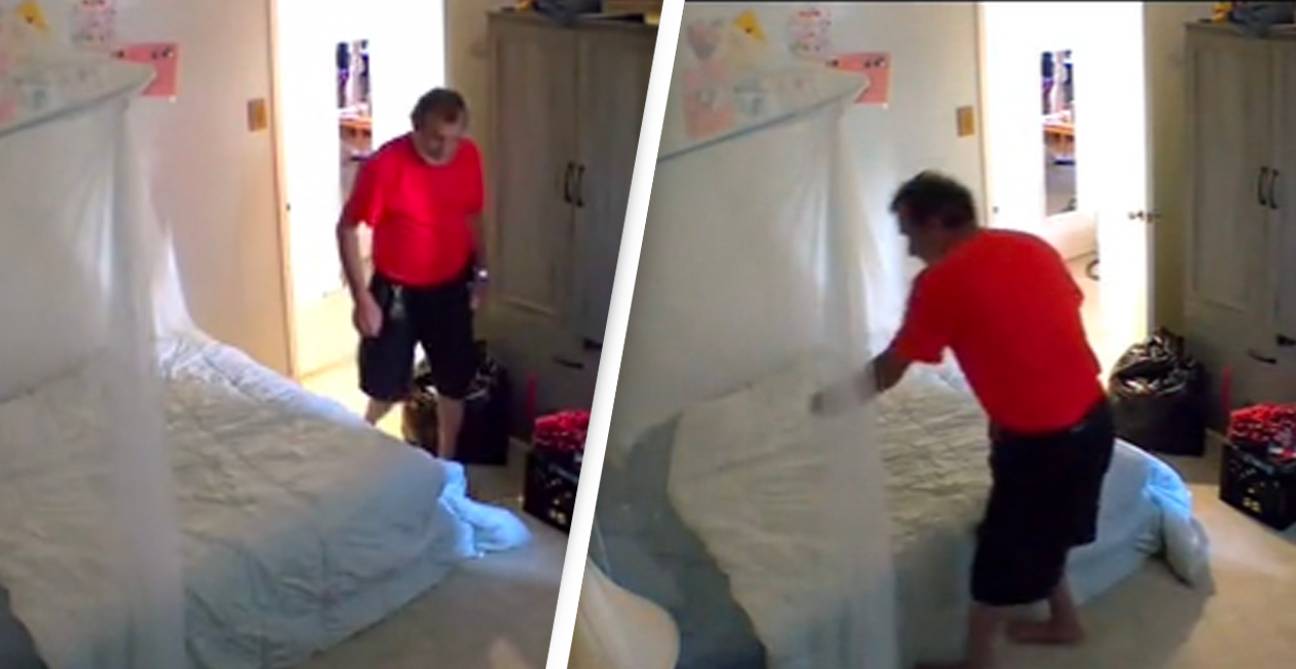 It’s fair to say that landlords get a bad rep by pretty much everyone, but it’s also fair to say that some of them are downright more creepy and weird than others and this video more than proves it.

The clip was taken by 24 year old teacher Tyisha Macleod, who had installed security cameras in her bedroom and living room, presumably to catch anything untoward going on. And that’s exactly what she did with her landlord snooping around her bedroom and sniffing her pillow and sheets, before fortunately Tyisha’s friend walked in and he quickly acted like he wasn’t doing anything wrong and was just feeding her cats:

@tyishamacleodLet’s just say, I’ll be moving and getting out of my lease! Like for part 2! ##creepy ##landlordsfromhell ##pt1 ##foryoupage ##canada🇨🇦🇨🇦

@tyishamacleodI did contact police and I will be pressing charges!. Did I mention!? He went in my place multiple times while I was away! 😫Like for pt3 ##foryoupage

@tyishamacleodHere’s some audio from part 2, As you can see!! My friend had NO idea he was there, nor did I! ##fyp ##moreproofscoming ##trespassing ##traumatized ##sos

Yeah, you kinda dread to think what he would have ended up doing if Tyisha’s friend hadn’t turned up. Well, we all know what he would have been filmed doing don’t we and it doesn’t really bare thinking about because it’s so icky. It’s a sad fact that loads of landlords out there are rank creeps like this guy though and most of us will never know/just have to put up with it.

It sounds as if Tyisha has gone to the police and is looking to prosecute the guy for this violation of her privacy, so hopefully she gets somewhere with that. Can be so hard to nail these guys for taking advantage of their tenants though.

For more of the same, check out these landlords that requested daily unprotected sex in exchange for rent. What is wrong with people?