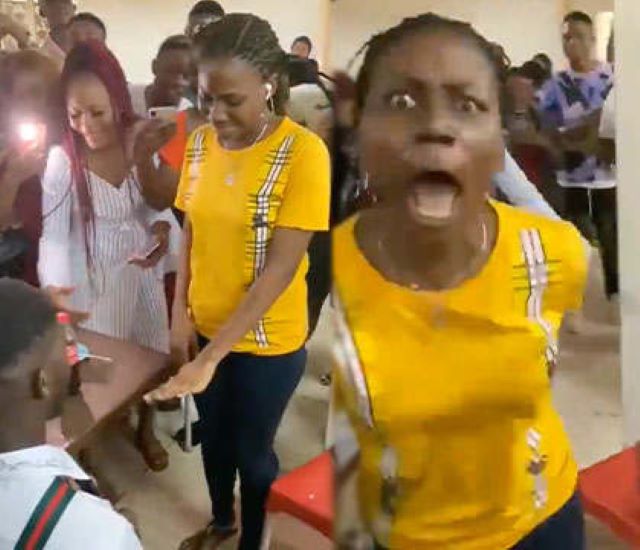 WTF did I just watch?

We’re led to believe that being proposed to is one of the most magical moments in a woman’s life, and while it appears to start off that way in this video, things soon take a turn for the bizarre.

Hard to explain WTF you’re about to watch, and from the reactions of all the guests in the background, they don’t have a clue either:

Jesus, Mary & Joseph! That was definitely weird.  She switched personalities out of nowhere like James McAvoy in Split or something. And in the middle of being proposed to as well? Good thing the video cut out at that point because I’m pretty sure she was about to start crawling on the walls and ceiling and turning her head 180 degrees.

Fair play to the boyfriend/fiancé for not instantly getting up off his knees and legging it across Africa. Pretty funny to think she managed to contain the crazy throughout the entire relationship and it finally exploded out of her moments before she could put the ring on her finger. Maybe that’s just what the prospect of marriage does to some people.

To watch a terrifying, possessed woman randomly attack a man on the train, click HERE. Dude’s definitely carrying a crucifix around with him after that.