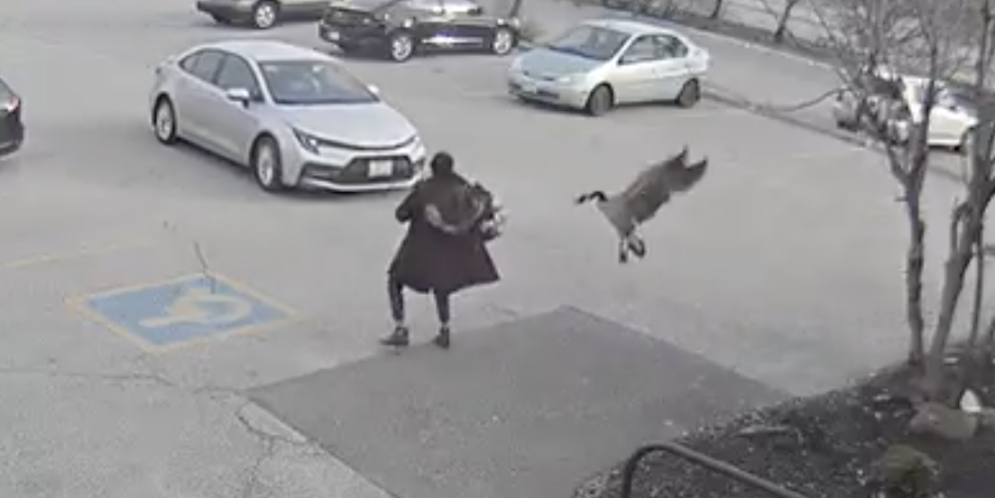 It’s a well-known fact that geese are giant arseholes who will start on you for no reason, and while most geese attacks on humans result in little or no injury, you’ve still gotta be wary of the bastards.

Take this incident from over in Dartmouth the other day, for example. An innocent woman is casually walking through the car park to work when all of a sudden, a goose attacks her out of nowhere:

Lost my shit when the goose snuck its way into the car as she closed the door – holy crap! Thankfully it looks like the lady got away in one piece, minus her bag which is still laying there in the middle of the car park as the video cuts out. I’ve got a feeling that bag belongs to the goose now.

P.S. How about the hero in the car almost running her over as he came to the rescue, and then legging it when the goose flew into the car? Regretted it as soon as he noticed the CCTV camera filming the whole thing. Unlucky bud.

For the goose that was killed in a drive-by shooting in Cambridgeshire, click HERE. Like I said – they make a lot of enemies.