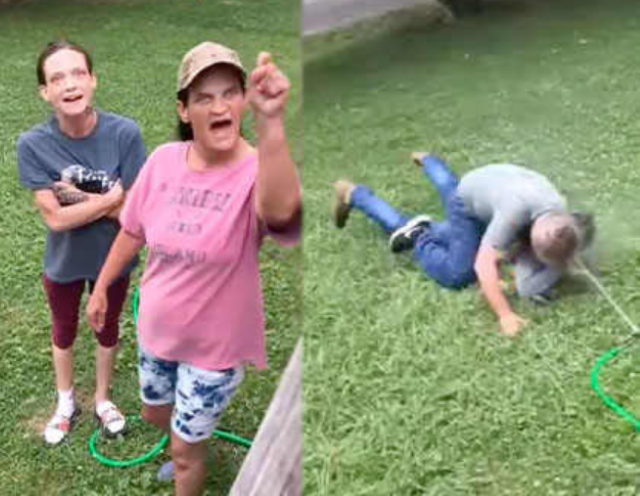 The neighbours from hell.

Ever wondered what living next door to a family of meth heads might be like? Well this video could give you a little idea.

Apparently the guy filming made his neighbour’s husband cry for a whole night, and so she’s gone over to confront him about it and ask that he stop making comments to her husband that make him sad…

Well that escalated quickly. Big up Oreo the dog for trying to get the hell out of there – probably the smartest one of the bunch on that evidence.

In fairness to the methheads, that whole situation could have just been avoided if the guy filming apologised and explained they weren’t laughing at her husband, but at something totally unrelated (even if that’s not true). She did approach them calmly at the beginning, but then again who knows what issues these two families have had before? Poor guy finally had enough and had no choice but to give them a super soaking.

Well anyway, let’s hope these two families can stay out of each other’s business and that little Oreo doesn’t get caught up in any more sheganigans.

To meet the woman who ripped her own eye balls out while on a meth binge, click HERE. Brutal.