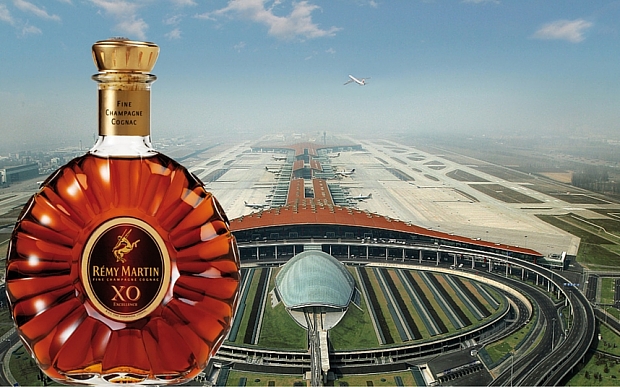 This was always going to be an impossible choice.

A woman was stopped at Beijing Capital International Airport for trying to take an £120 bottle of cognac on board the plane. She was faced with the choice of either throwing the bottle away (waste of £120), or drinking the whole thing right there on the spot. She went with the latter.

The woman, known only as Ms. Zhao, downed the whole bottle of Remy Martin XO Excellence and was naturally completely off her tits by the end. She began shouting random nonsense around the airport and fell over a few times before security had to remove her.

She was so drunk… she couldn’t even stand up by herself. We took her to a room in a wheelchair so she could rest.

In the end, they wouldn’t allow Ms. Zhao on the flight and instead called her family to come and pick her up after she’d sobered up and police had a word with her.

All things considered, you can understand where Ms. Zhao’s head was at. Some people may have just thrown the bottle away but no chance she was going to allow £120 and some damn fine cognac go to waste over some petty airplane rule. Only choice that made sense at the time was to just chug the whole thing. In a way that’s what the security guards were daring her to do (well, not really) and they knew she wouldn’t have been able to get on the plane afterwards. Some battles you just can’t win.

P.S. That must have been one of the worst hangovers of all time. Good thing we’ve got this fool proof hangover cure handy.