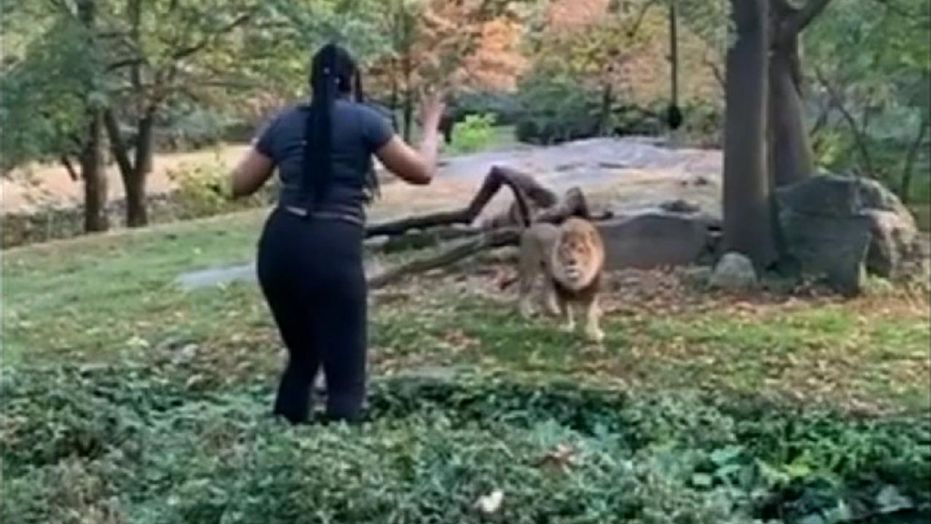 A contender for dumbest person alive hopped the fence at Bronx zoo this week because she wanted to get a closer look at the lions.

Several people tell her not to do it, but she goes ahead anyway:

Once she’s in there people are still telling her to get back, but she won’t do it because she wants to prove to her IG followers that she has “no fear of nothing breathing”. 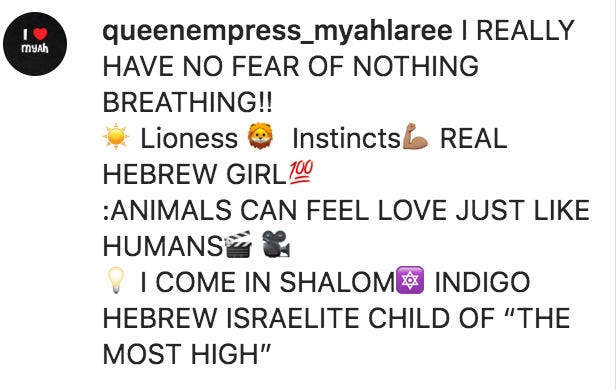 Now I’m not a lion but I’m pretty sure they do not give one solitary shit if you’re a ‘real Hebrew girl’ or ‘indigo Israelite child of the most high’. They’re wild animals who won’t think twice about tearing you to pieces if you waddle over into their space and start dancing and waving your arms around to get their attention. 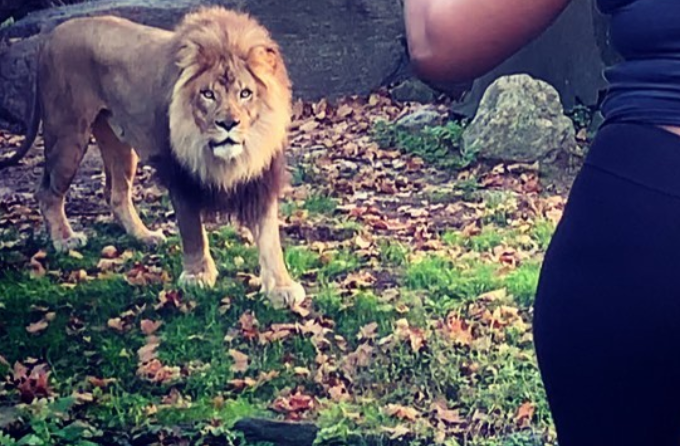 Why that lion didn’t attack her I’ll never know. Maybe he had just eaten or just woken up from a nap? Or maybe he knew he’d probably get tranquillised and/or put down if he attacked this nut job.

New York police are investigating the incident while the Bronx zoo announced it has a ‘zero tolerance policy’ for this sort of behaviour (via Washington Post):

This action was a serious violation and unlawful trespass that could have resulted in serious injury or death.

What’s there to investigate? It’s all on film and this lady should be taught somehow that she put herself and everyone else in danger, not to mention the lion itself.

Get a load of the ego on her: 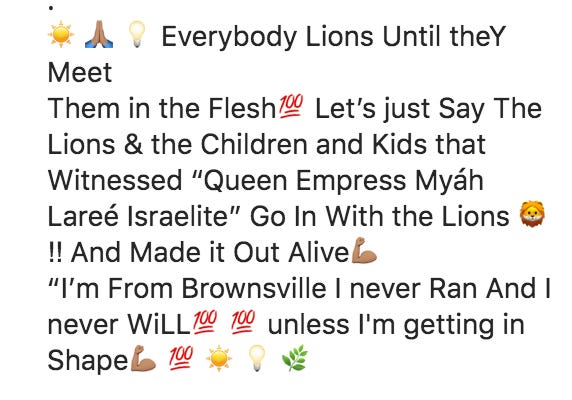 What a bell end.

For nerve-wracking footage of a pet lion attacking a guest in its owner’s home, click HERE. What were they thinking?