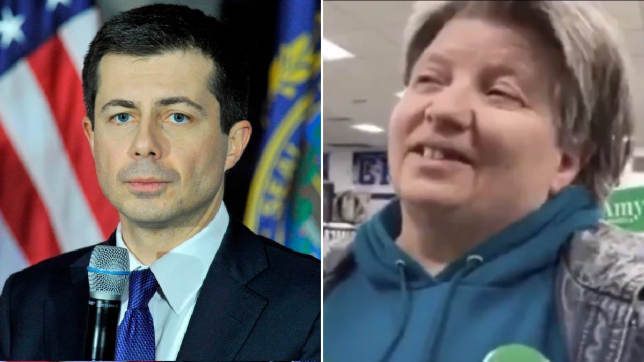 The Democratic caucus in Iowa this week has been a total disaster for a number of reasons, but my favourite clip that’s come out of it is this woman trying to change her vote upon realising the candidate she voted for, Pete Buttigieg, is gay.

Funnily enough this bible-bashing hippo looks like she’s munched a few rugs in her time, but apparently discovering her preferred candidate is a gay man was enough to make her head explode:

Yikes! Not a great look for the state of Iowa. Fair play to that young woman who lowered her intellect down to match this homophobe’s in order to explain common sense and decency to her. She really handled that situation perfectly, even when this idiot thought she had her stumped with “well why does the Bible say a man should marry a woman then?”. Oh yeah you really got her with that one!

I mean imagine giving a solitary shit what another person is into regarding sex or religion? Mind-blowing to be reminded that these people actually exist, but pretty amusing as well.

To watch a gay kid beat the crap out of the school bully after he kept calling him the F-word, click HERE. Rainbow slap to the face!