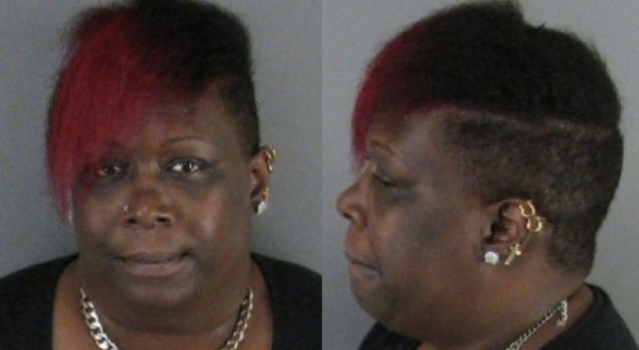 Pretty much the definition of first world problems.

That Subway marinara sauce huh? Personally I think it’s pretty decent, but apparently some people can’t stand it to the point that they actually have to call the police when somebody accidentally puts it on their Subway flatbread pizza.

That person is Bevalente Michette Hall from Gastonia, North Carolina, and she really hates marinara sauce: ‘it’s terrible, I told ’em I can’t eat that kind of sauce.’ Which is fair enough really, but you hardly need to call the police on the Subway guy just for making a simple error – maybe just ask for another piece of flatbread with the right sauce.

Instead she demanded that the dispatcher take her report with the intention of having it featured on local news channel Action 9 (I guess there isn’t much going on in Gastonia, North Carolina) and that they force Subway to give her a refund or make her a pizza. Again, that seems like a reasonable request but probably one that doesn’t require emergency police action.

The call ends with the dispatcher agreeing to send officers down to the Subway, but not for the outcome that Bevalente craved. Instead she was arrested and thrown in jail for three minutes for gross misuse of police resources before posting a $2000 bond.

Interestingly, if you go on Subway’s website it does say that all flatbread pizzas are served with marinara sauce, which makes the whole incident EVEN stupider, just when you thought that wasn’t physically possible. You can listen to the 911 call below.

â˜› More 911 Calls: 911 Call From A Pastor Who Was Gagged And Stuck In A Pair Of Handcuffs