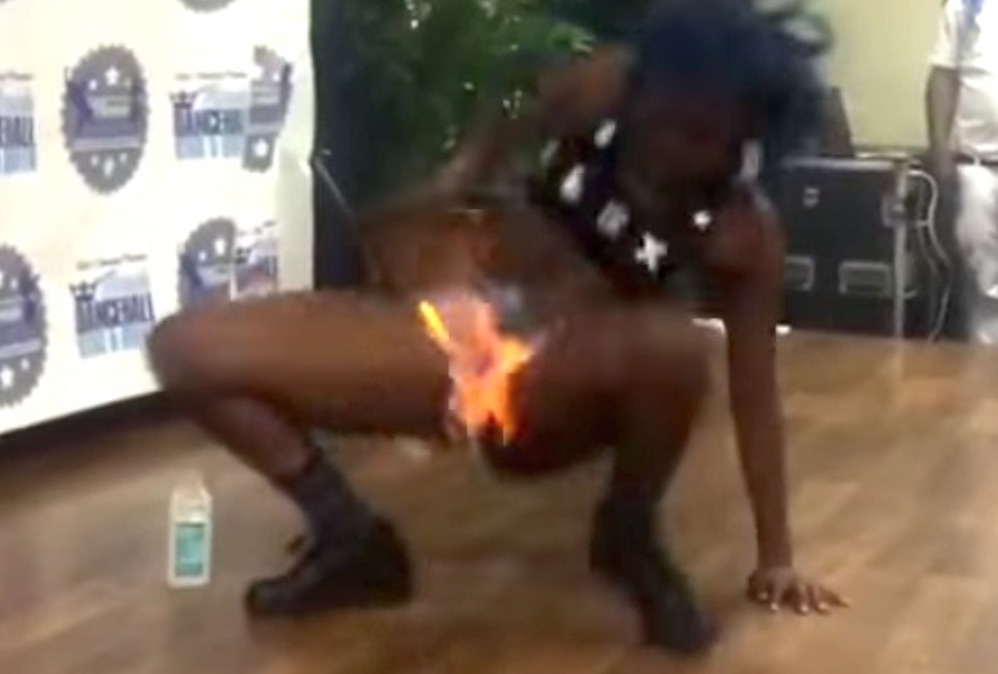 I haven’t actually ever entered a dance competition, but I suppose when you do so you probably need some kind of USP or something to stand out in front of all the judges.

In this respect, setting your crotch on fire as part of your performance might not necessarily be such a bad idea. However, you should probably make sure you know how to set your crotch on fire properly before you head to the competition to do it because otherwise you’re just going to end up like the woman in this little clip:

Yeah, good one idiot. There’s no news on what happened to her after this video finishes but I assume she managed to put the fire out and is OK. I also assume that she didn’t manage to win the dance competition.

Probably slightly less embarrassing than setting yourself on fire whilst twerking in your own home though.