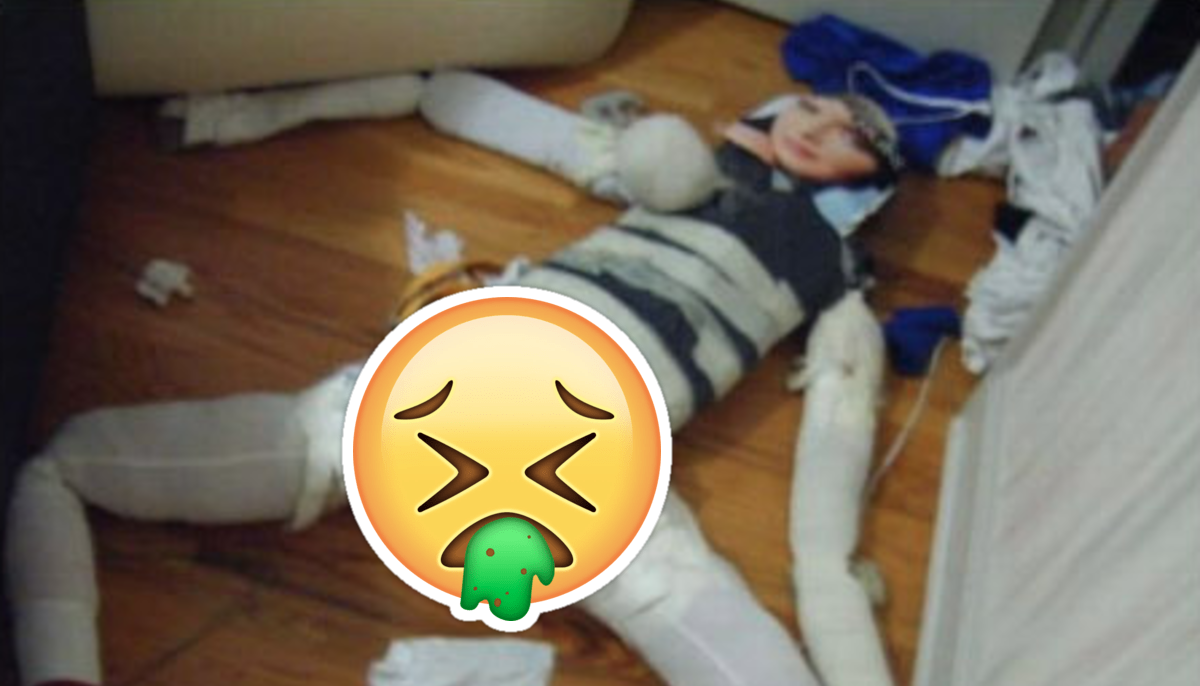 What’s the worst thing you could find out about your other half? They’re a cheat? A liar? They actually find James Corden funny!?

Well, whatever it is, I don’t think it’ll topple what this girl discovered about her beloved bae when she was made to go through his stuff.

Before we get into that, let’s start at the beginning. The woman in question took to Reddit to describe her predicament, outlining that her boyfriend’s house was robbed and she was informed when his neighbour called the police.

Since the guy, let’s call him Tom, was at work, he was unaware of what had been going down. Now the girl, we’ll call her Jerry, went into his home to check everything was okay, not knowing what was awaiting for her when she got there: a horrific homemade sex doll.

Yep, that guy’s surely about to get dumped. Here’s her story in full:

It’s VERY creepy and made of (i think, im not touching it) clothes, stuffing, tape and a magizine cover of a woman, is this a normal thing men do? I’m very disturbed.

Edit: his house was robbed and I went over to see what happened after the neighbor called the police and the cops called him since he was at work and that is when I found it.

I didnt mention it yet to him but he probably knows that I seen it. I have been in his house before but he must have kept it in the closet or something because i never seen it and it was layed out on the floor when I got there.

Im guessing the robbers ditched it after relizing what it was. I showed the picture that I took to my friend and she said he is a freak and I should run and dump him but I need more advice.

Oh honey, no that is not normal. Sex doll, maybe… but that thing!? I’d run a mile. It looks like something out of Buffalo Bill’s nightmares.

Of course, the Reddit community were on hand to help Jerry out with their thoughts:

Not “normal” but to each their own I guess. Have you asked him about it?… Edit: after seeing that image, that’s creepy as hell.

How well do you know this guy? That is straight up the most serial killer thing I’ve ever seen.

Not normal, very creepy. But one day, far from now you’re going to laugh so hard about this.

WTF. No, definitely not normal.

Not sure whether Jerry decided to stay with Tom in the end, but here’s hoping for their sakes that she said “seeya” and he got some much-needed help.