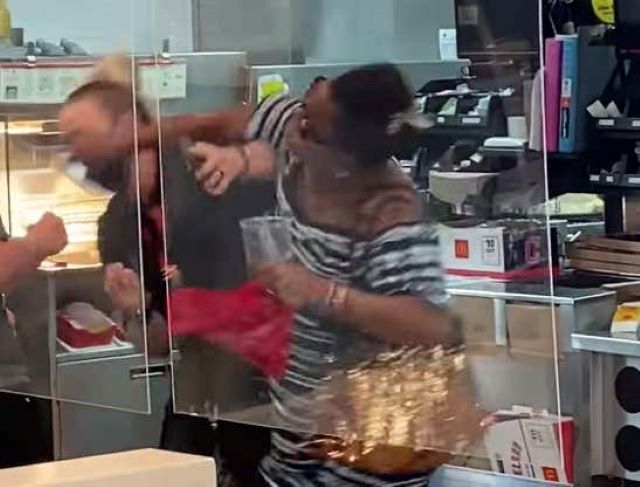 Is there any good reason why a customer at McDonald’s shouldn’t be allowed to mix 3 different slushie flavours together? Yeah OK it’s a bit of a psycho move, but ultimately no big deal, right?

Well this lady over in a Ravenna, Ohio branch of Maccy D’s was so p*ssed off that workers denied her request, that she literally tried fighting all of them…

I heard her ask for a slushie with all three flavors mixed into one. Whereupon the manager informed her that they could not do that, and she became increasingly irritated and combative and decided that she would go behind the counter and fix her own drink.

Who even buys slushies at McDonald’s? Beats me. At least they appear to be working which is more than can be said for ice cream machines.

Fair play to this lady either way for being so eager to get her multi-flavour slushie that she was willing to go to jail over it (and she did). But hey at least she’s standing up for what she believes in.

For more of the same, check out this McDonald’s staff member kicking the shit out of a customer who tried to fight him. Fair enough really.