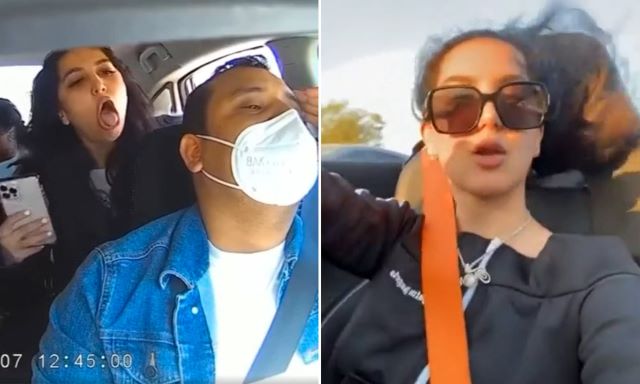 The other day we shared a video of this lunatic over in San Francisco who coughed on and attacked an Uber driver after he committed the mortal sin of asking her to wear a mask in his car.

Anti-maskers in California physically assault and cough on an Uber driver pic.twitter.com/k5fyhyvid2

The woman, since identified as Arna Kimiai, then shared a video defending her actions and acting like a giant hoodrat while claiming she was going to sue Uber:

California anti-masker who coughed on a driver says she plans to sue Uber pic.twitter.com/IjlGs0wnRg

What an embarrassment. “My boyfriend taught me to smack the f*ck out of anyone who plays with you” – Christ, what a loser. Good luck with that strategy in prison.

But just when you thought Ms Kimiai couldn’t make things any worse on herself, she then decided to go on the run from police and share this footage of herself doing 122mph on the motorway:

As you may have guessed, the McLaren she’s driving is rented. I guess the original video of her going viral has gone to her head and she thinks she’s some kind of internet celebrity right now rather than just a wanted woman.

One of the other women in the original video has already been arrested for “assault with a caustic chemical, assault and battery, conspiracy and violating health and safety code”, so shouldn’t be too long before they catch up with Kimiai too.

UPDATE: Just as I was about to hit ‘Publish’, I saw this article stating Kimiai turned herself in at a San Francisco police station earlier. Turns out she’s not completely braindead after all!