A woman has been arrested after flooring her boyfriend with a brutal dick-punch after he admitted to cheating on her.

Margaret Cruz was collared for assault causing bodily injury last week in Wichita Falls, Texas for the attack on her unfaithful boyfriend.

The couple had been living together for 11 years, with the victim reportedly telling officers that he admitted to cheating on Margaret, who initially reacted by throwing all her clothes outside and announcing she was leaving him.

That didn’t seem quite adequate enough as far as revenge goes however, so Margaret then marched up to her boyfriend and punched him in the face before taking advantage of his disoriented state by also punching him in the dick.

The victim says Margaret continued attacking him, so he had no choice but to punch her once to make her stop. He added that her attack was painful, but he did not want to press charges.

Indeed, according to the affidavit, the victim wasn’t very cooperative and only gave one and two-word answers when subsequently questioned by police. Margaret was booked at a local jail and her bond was set at $2,000. 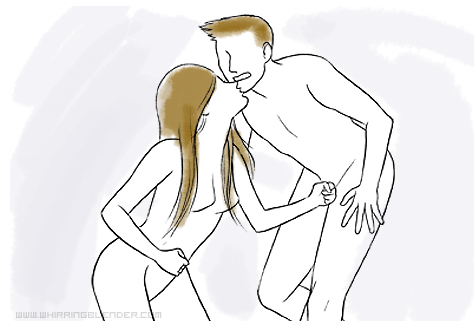 Not to be presumptuous or anything, but it sounds like they’re all square now? You might argue that being cheated on is worse than being punched in the dick (not to mention in the face as well), but the only person who would argue that is someone who doesn’t know the paralysing pain of a punch/knee/kick to the prick.

I actually wouldn’t even blame the boyfriend here if he just left her in jail to think about what she did, but it sounds like he’s benevolent enough to forgive and forget so they might hopefully move on from the situation. Bet he’s really glad he confessed and got it all out in the open eh?

For the girlfriend who grabbed her boyfriend’s balls and wouldn’t stop squeezing ‘until they were bleeding’, click HERE. The ladies sure know where the weak spot is.