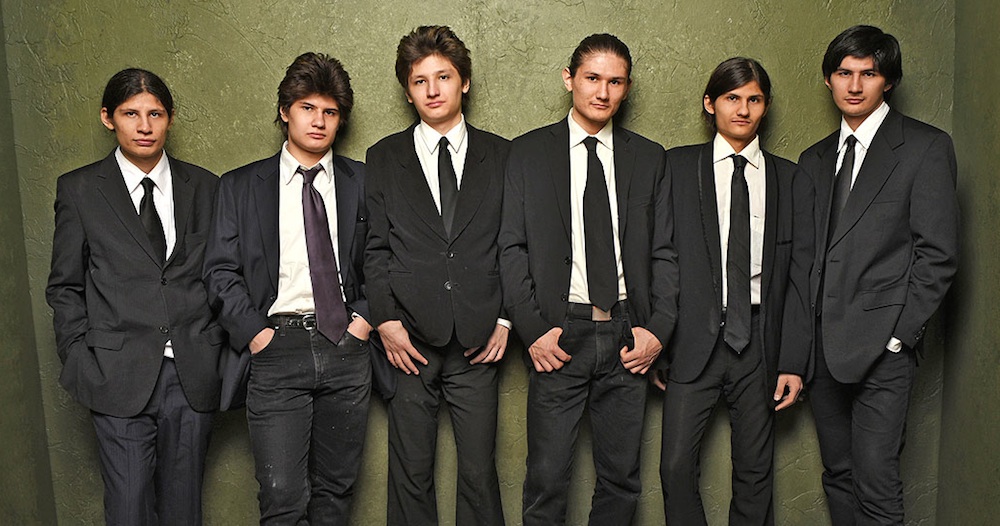 If they were lucky, they got to leave the apartment once a year.

There have been a few bleak and disturbing indie films I’ve come across during my time which involve the idea of children or people being locked away from society and their development in such an environment, but I don’t think I’ve ever seen a real life documentary about the subject.

That’s probably going to change this summer when I go and see The Woflpack though, which tells the story of six brothers who were locked in their Manhattan apartment for most of their childhood by their father. The trailer doesn’t explain why he did this, but it does mention that they were lucky if they went outside one time a year. Living in a crappy apartment, the only form of entertainment for them were films and they often spent their days recreating their favourite movies with homemade props and costumes. You’ve got to kill time somehow I suppose. Eventually one of the brothers escaped and everything changed as they had to try and assimilate into the outside world.

The trailer makes it look as though it’s going to focus on the dressing up and influence of movies on the boys – who are termed The Wolfpack – although it would probably be more of an interesting story to see how they’re coping with attempting to integrate into society. I assume that this will at least be touched upon and discussed in the movie though as it’s arguably the most important part of their story. Whatever the focus, it’s sure to be a fascinating insight into a childhood that I can’t even bear to imagine and makes me even more thankful for mine.