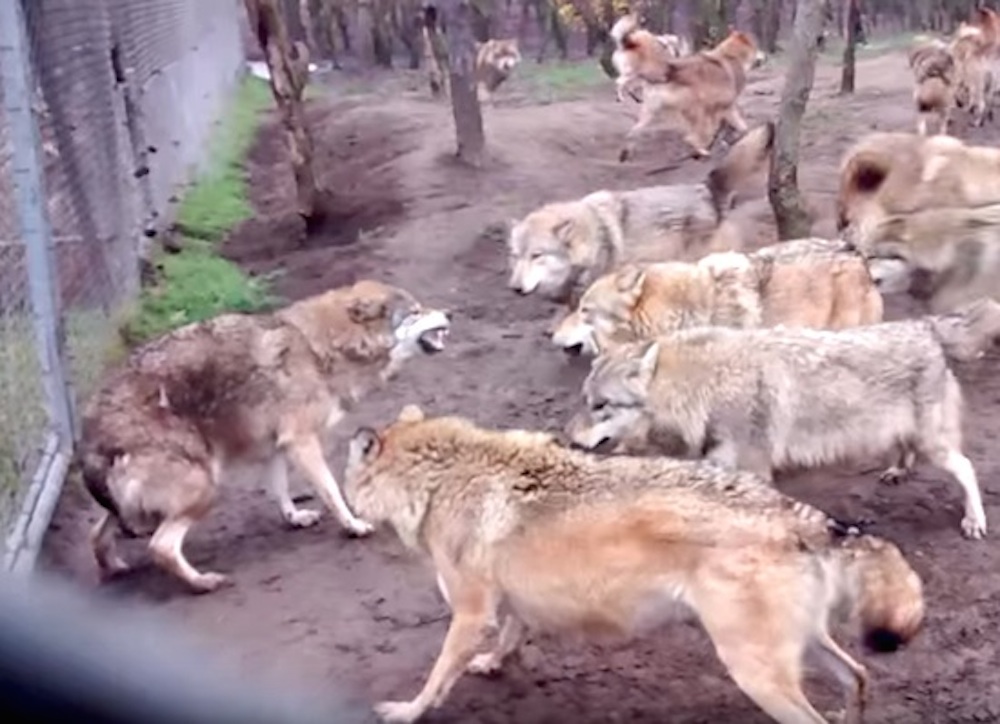 Nature can be a bitch sometimes.

Within a wolf pack, the omega wolf is the lowest ranked wolf. I’m not sure how the wolves manage to determine this or what criteria they use, but I imagine it probably has something to do with how tough they are in a fight or the hunt, or at least that seems to be the impression I get from this video.

In it, a pack of wolves that are being kept in captivity identify the omega wolf and all savagely turn on him and beat the absolute crap out of him by biting him and attacking him. The wolves are so desperate to attack the omega wolf that one is even trying to dig its way underneath a fence to attack it. Brutal.

I’m not really sure why they’ve chosen to do this but apparently it makes the pack as a whole stronger. Normally in the wild, the omega wolf will leave a pack if its life within it becomes too hard, but unfortunately within captivity this isn’t an option so they are just regularly attacked until they toughen up and can handle themselves. The uploader of the video assures us that the omega wolf recovered OK after this beatdown which is good news, although that probably means he’s going to get attacked again and again and again until he manages to hold his own for once.

For more crazy shit featuring wolves, check out this wolf pack all howling together at a sanctuary in some kind of weird symphony.