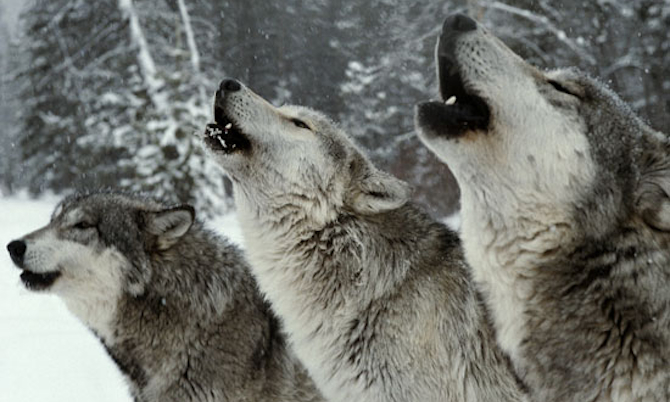 Here’s a real nice video of about 30 wolves all howling at once to make what could be described as a symphony.

This isn’t normally the kind of video I would write about and stick up on Sick Chirpse but a bunch of cool people I know were sharing it on Facebook (I’m looking at you Matty Wall) and it was killing it on Reddit so I figured it was probably worth breaking with my usual traditions and sticking it up here. People seemed to be liking it,

There isn’t much to say about it other than some guy took his camera out at the wolf sanctuary – I didn’t even know there was such a place as a wolf sanctuary!? Can you visit these places? Where are they? – just as one wolf was howling and he was lucky to see all the wolves in the pack join in and howl together. It’s pretty haunting but also kinda cute, especially these four wolves sitting next to each other on some kind of bench, and it goes on for about two minutes which is pretty cool. The guy who uploaded the video describes it as ‘a symphony’ and although I probably wouldn’t have said that it’s still definitely worth checking out, mainly because I haven’t really seen anything like it before.

Anyway, check it out below: