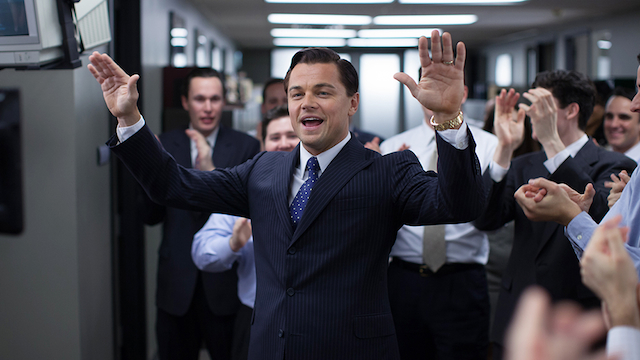 The Wolf Of Wall Street has come under some criticism for the excessive swearing featured in it, so thankfully someone made a supercut where you can hear every single swear word in it.

The Wolf Of Wall Street finally hits UK cinemas tomorrow, and to say it’s highly anticipated would be somewhat of an understatement – I mean what’s not to get excited about? You’ve got Martin Scorsese, Leonardo DiCaprio, Jonah Hill and Matthew McCounaghey in one movie about people getting rich and fucking it all up – it’s bound to be awesome.

The film has come under some criticism though – mainly for glamourising the stories of a bunch of frat boy dickheads who stole a bunch of money off people dumb enough to trust them to invest it in stuff – but also for its excessive use of the word ‘fuck’ and various variations of it e.g. motherfucker, fuckbucket and fucksville with some websites reporting that it has somewhere between 524 and 529 instances of the word.

Thankfully, someone decided to make a supercut of all of these. Don’t watch it if you don’t want any spoilers I guess, although the only spoiler really is that there’s a shit ton of swearing in it.