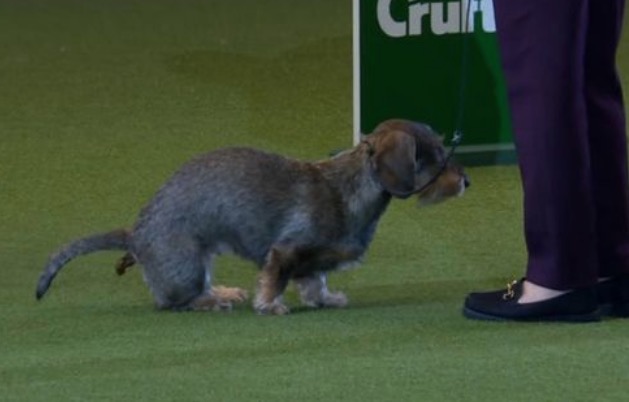 If there’s one way to really prove to everyone that you’re the best in the world and you know it and that nobody is gonna take that away from you, then it’s probably to take a shit on the literal award show that’s honouring you. That’s some major confidence right there hombre.

I’ve never seen this displayed in any human sport yet, but after seeing the props that this action afforded Maisie the dachshund during Crufts yesterday, it might be time for someone like Tiger Woods or Novak Djokovic to bust one out sometime soon. Maisie and her owner Kim were awarded the Best In Show at the Crufts World Dog Show yesterday, when Maisie just couldn’t wait any longer and decided to take a dump as the pair walked their victory lap.

Some might say that’s unfortunate or offensive, but I would argue that it’s just a super major power move on Maisie’s part, letting her know that she doesn’t even care about the competition or her opponents and will flagrantly do whatever she wants as she’s the champ. You gotta love something about that level of arrogance haven’t you?

Eww. Look at the way she just slowly eases it out without a care in the world, knowing that she’s just been crowned the winner and nobody is gonna do anything about it whatsoever. Really inspirational stuff.

For more poop, check out this guy accidentally trusting his fart and pooping all over his flip flops. Whoops.