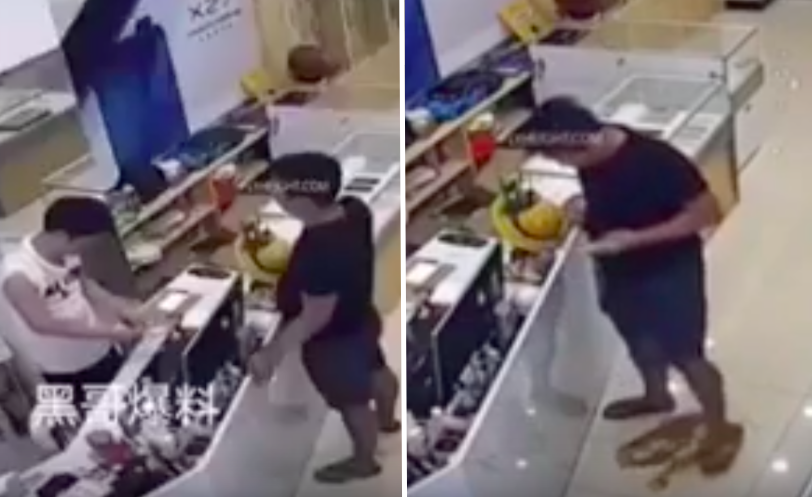 We’re over in China today where a man decided to let one rip in a phone shop while talking to a staff member.

CCTV footage shows the man sneakily pulling away from the counter to let out a fart, only to realise he’d made a catastrophic mistake.

Not only did he shit all over the floor, but the dude was WEARING FLIP FLOPS. As he realises what he’s done, he shuffles about (in the shit) while looking to see if anyone else had spotted him.

No, they hadn’t – aside from the camera, of course.

Unfortunately, there’s no follow-up, although I’m guessing he did the right thing and ran, never to return to the shop. Either way, you’ve got to feel for the poor sod who had to clean up his mess.

For more of the same, check out this hungover woman who pooped herself on the way to a restaurant toilet. Apparently it was her third time this year.