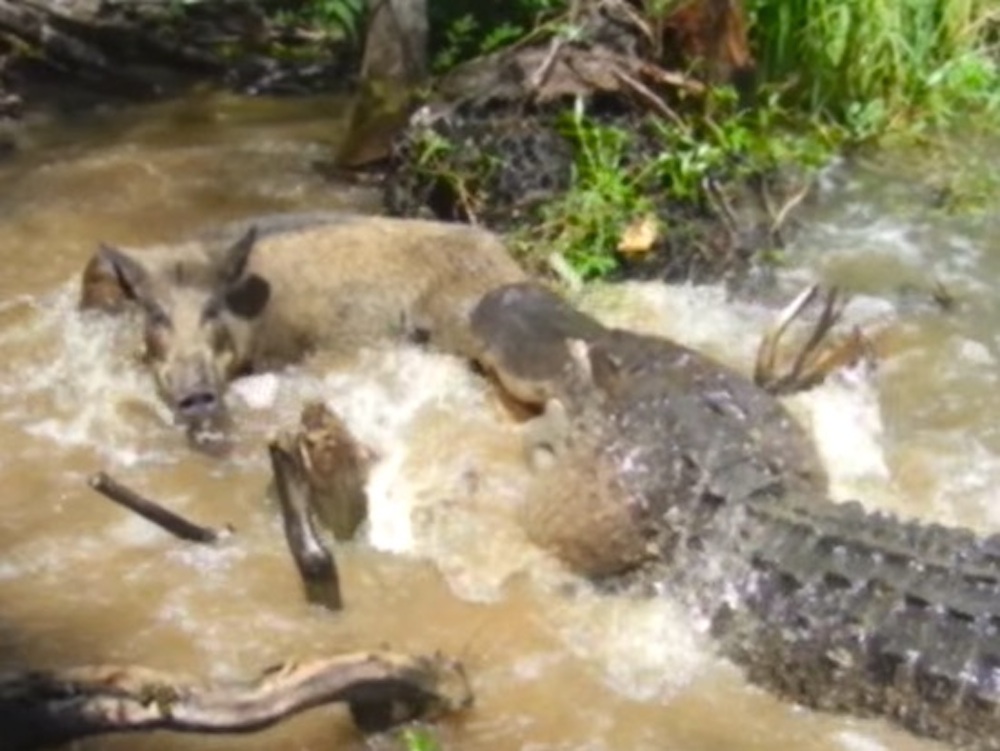 This is so cruel.

If you’re going down the Bayou on a boat trip and marvelling at all the alligators in the water and whatever else goes on in that crazy stretch of river, what do you think could make it more fun? ‘I know, how about luring a wild pig to its death by throwing food into the water so it runs in and gets eaten by one of the alligators’, said nobody ever.

That is until earlier this year when some moron actually decided to do it and film it and upload it onto the internet. You can see the heartbreaking footage below but be warned it’s actually pretty graphic and disgusting, so only do so if you’re not feeling like you might cry or throw up.

One woman on the boat actually did throw up and I can’t really blame her – it’s really awful and horrible footage. I hope the guy who made the video and perpetuated the whole situation gets charged with animal cruelty, but it’s been on the internet so long I doubt that anything will happen if it hasn’t already. That’s a major bummer because there’s absolutely nothing cool about luring wild animals to their death, even if it is essentially the law of the jungle/bayou.

If you’re the kind of person that enjoyed this, then check out these Japanese bug fights afterwards.